Fresh intel from Mars is sure to stir debate about whether liquid water lurks beneath the planet’s polar ice.

New data from a probe orbiting Mars appear to bolster a claim from 2018 that a lake sits roughly 1.5 kilometers beneath ice near the south pole (SN: 8/18/18). An analysis of the additional data, by some of the same researchers who reported the lake’s discovery, also hint at several more pools encircling the main reservoir, a study released online September 28 in Nature Astronomy claims.

If it exists, the central lake spans roughly 600 square kilometers. To keep from freezing, the water would have to be extremely salty, possibly making it similar to subglacial lakes in Antarctica. “This area is the closest thing to ‘habitable’ on Mars that has been found so far,” says Roberto Orosei, a planetary scientist at the National Institute for Astrophysics in Bologna, Italy, who also led the 2018 report. 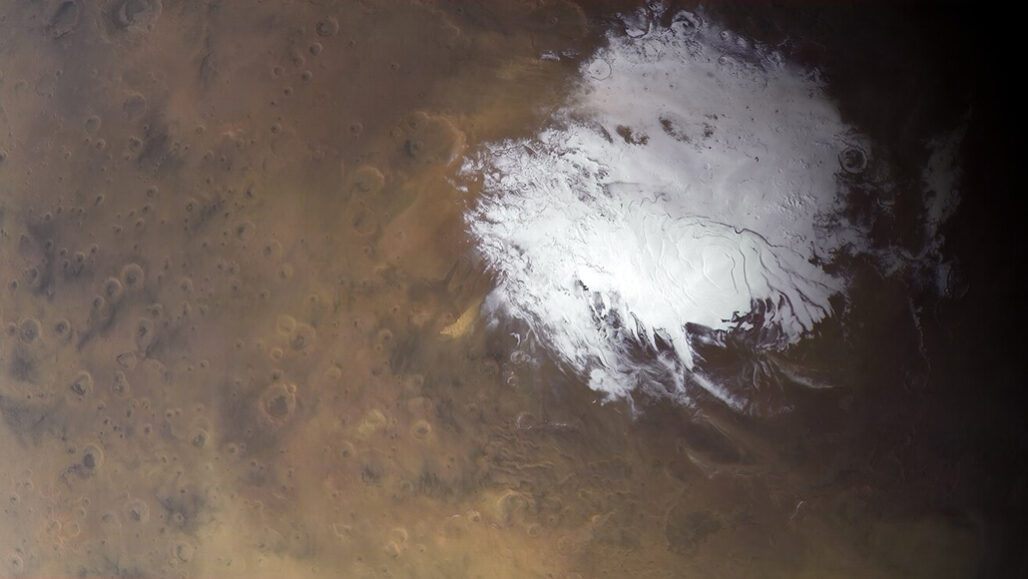 New radar data from the Mars Express orbiter suggests that a possible lake 1.5 kilometers under the ice at Mars’ south pole (shown) is surrounded by pools of liquid water.