For the first time ever, a NASA probe has performed a sample-snagging operation on an asteroid in deep space.

The agency's OSIRIS-REx spacecraft spiraled down to the surface of the near-Earth asteroid Bennu Tuesday afternoon (Oct. 20) to grab material that mission team members hope harbors clues about the solar system's early days and the rise of life on Earth.

"We did it!" OSIRIS-REx principal investigator Dante Lauretta, of the University of Arizona, said during a webcast that provided updates about the maneuver. "We tagged the surface of the asteroid, and it's up to Bennu now to see how the event went."

The goal was to collect at least 60 grams (2.1 ounces) of dirt and gravel from Bennu's rubbly surface. It could take up to 10 days to determine if OSIRIS-REx achieved this aim, mission team members have said. And it's not a disaster if the asteroid haul turns out to be a little light; the probe can go back down for two more tries if need be. 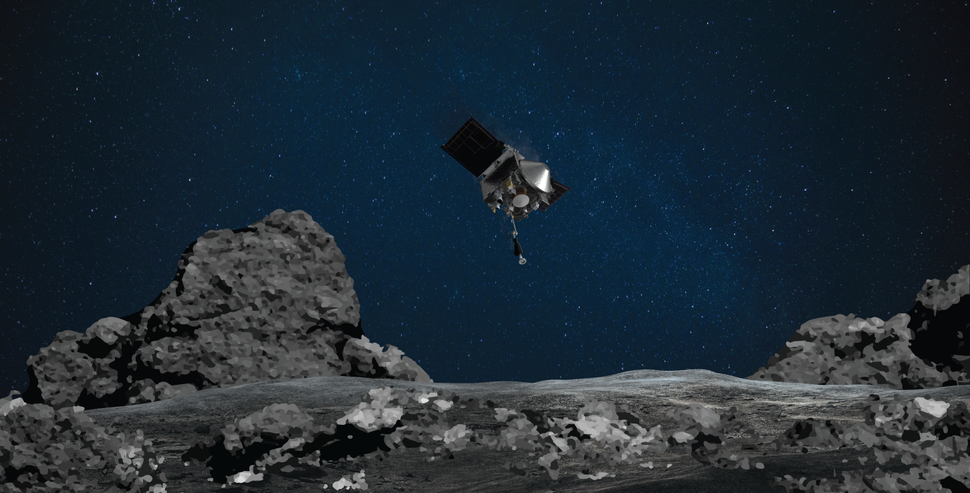 The OSIRIS-REx team has already pushed the boundaries of scientific exploration — going from ground-based radar images from Arecibo in Puerto Rico all the way to orbiting a few hundred meters from asteroid Bennu.
_________________