Astronomers using the NASA/ESA Hubble Space Telescope have snapped a remarkable image of J025157.5+600606, a free-floating evaporating gaseous globule located in the constellation of Cassiopeia.

Evaporating gaseous globules (EGGs) are compact pockets of dense interstellar gas within which stars are being born.

These rare objects were first identified in Hubble images of the Eagle Nebula in 1995.

EGGs have very long tails and are approximately 100 AU (astronomical units) across.

They are being photoevaporated more slowly than their lower density surroundings, and so are left behind as the gas around them is driven off. 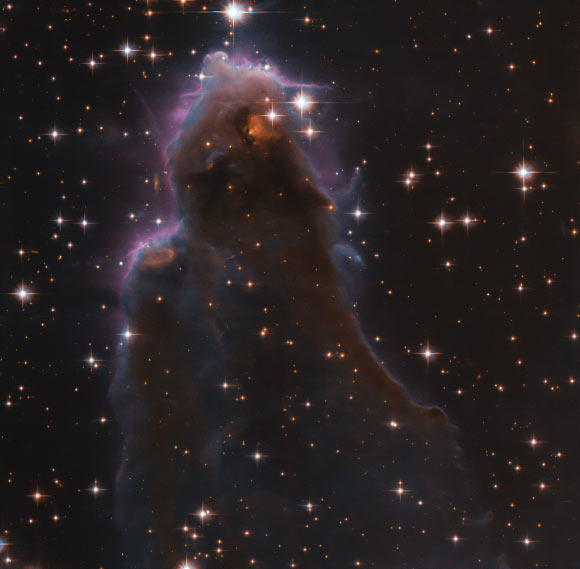 This Hubble image shows the free-floating evaporating gaseous globule J025157.5+600606. The color image is made up of observations from Hubble’s Advanced Camera for Surveys (ACS) in the near-infrared and optical parts of the spectrum.

The young star, called HBC 672, is casting the shadow across a more distant cloud in a star-forming region—like a fly wandering into the beam of a flashlight shining on a wall.