Beta Pictoris (β Pictoris) is the second brightest star in the constellation Pictor, about 63 light years away from Earth.

It hosts a circumstellar disk of gas and dust and a huge number of comets, some of which were seen falling onto the star.

Discovered in November 2008, Beta Pictoris b is a gas giant between 10 and 11 times the mass of Jupiter. 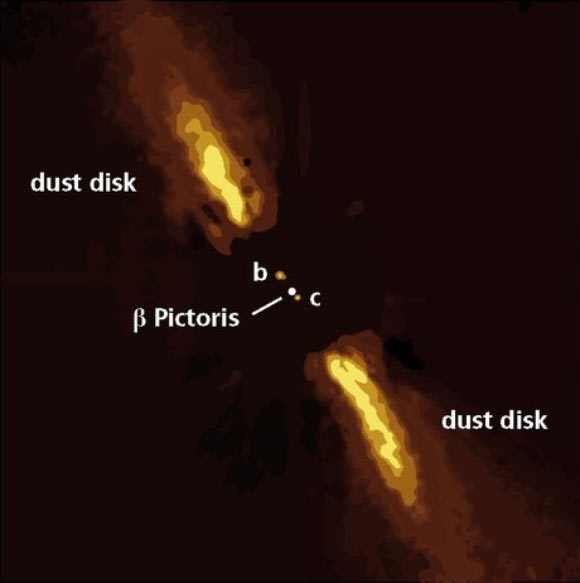 An artist’s impression of the Beta Pictoris system.

For almost two years, the planet disappeared from our view, passing so close to the halo of the star that no instrument could resolve them from one another.