The goblin shark (Mitsukurina owstoni) is a rare species of deep-sea shark. Sometimes called a "living fossil", it is the only extant representative of the family Mitsukurinidae, a lineage some 125 million years old.

This pink-skinned animal has a distinctive profile with an elongated, flattened snout, and highly protrusible jaws containing prominent nail-like teeth. It is usually between 3 and 4 m (10 and 13 ft) long when mature, though it can grow considerably larger. 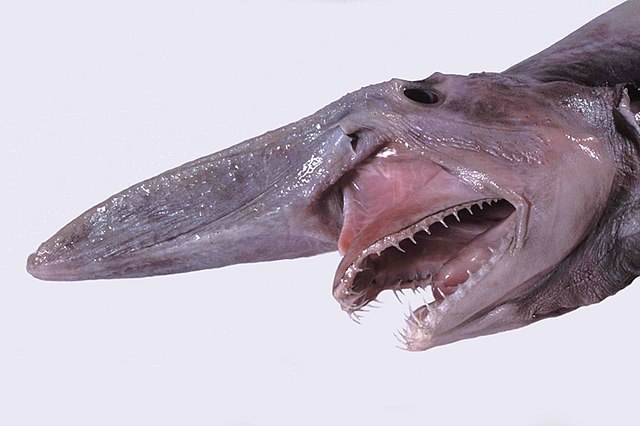 Goblin Shark is a deadly shark that lurks in the deep sea.