Paleontologists in Mongolia have found the fossilized skeletal remains from a new genus and species of two-fingered oviraptorosaur that walked the Earth during the Cretaceous period.

The feathered, omnivorous creature was a type of oviraptorosaur, a diverse group of theropod dinosaurs known from an excellent fossil record spanning much of the Cretaceous of Asia and North America.

Dubbed Oksoko avarsan, the ancient animal was about 2 m (6.6 feet) long and had a large, toothless beak.

It had one less finger on each forearm than its close relatives, suggesting an adaptability which enabled the animals to spread during the Late Cretaceous. 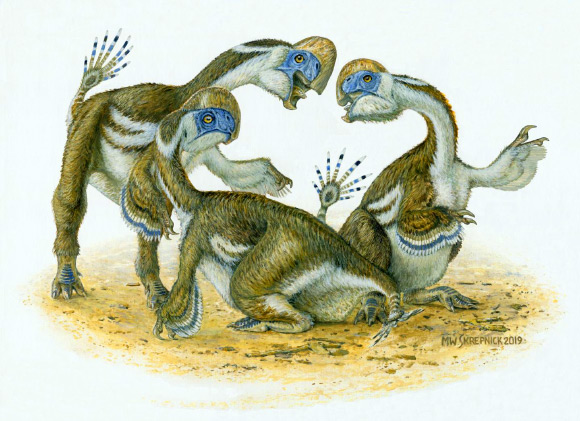 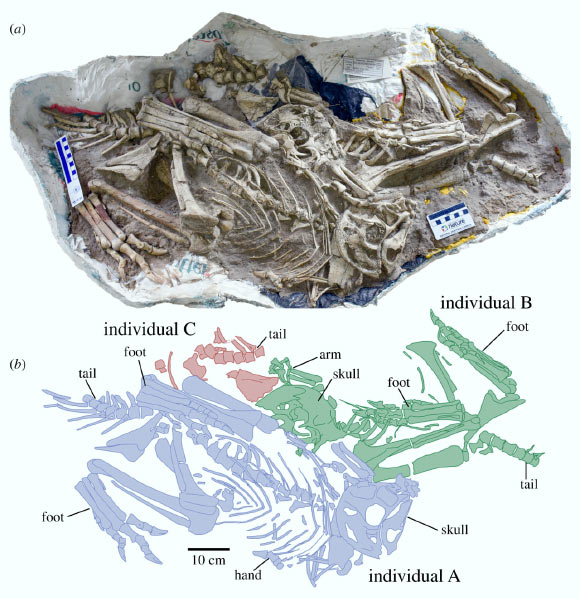 Holotype block with skeletons of Oksoko avarsan in ventral view; colors distinguish different individuals; the holotype individual is in blue.

“The remarkably well-preserved fossils provided the first evidence of digit loss in the three-fingered family of dinosaurs known as oviraptors.”