They identified a single transit candidate in M51-ULS-1, one of the brightest XRSs known in Messier 51.

This X-ray source is between 100,000 and one million times brighter in X-ray emission than is the Sun at all wavelengths combined. 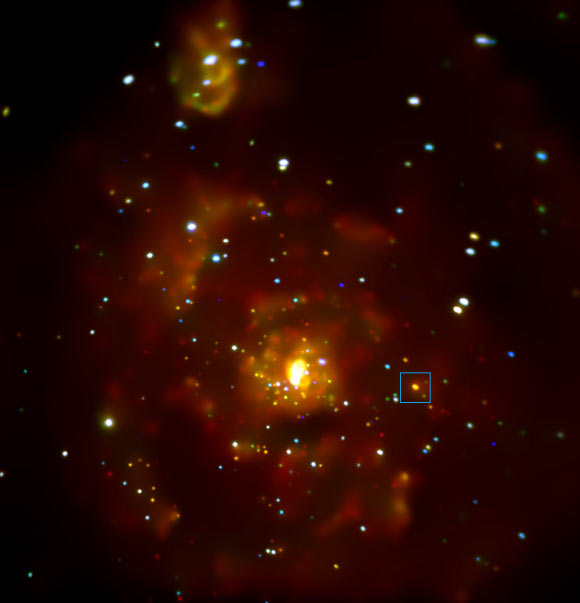 This Chandra/ACIS-S image shows XRSs (colored points) in Messier 51; M51-ULS-1 is the orange source in the center of the blue box; diffuse emission is from hot gas.