It's no surprise that Australia, home to the oldest continuous human culture on Earth, holds 100,000 rock art sites from prehistoric times. And we're still finding more.

An entirely new style of ancient art has now been documented dotting the vast wilderness of Arnhem Land, a historical region in the continent's north.

From Awunbarna (also known as Mount Borradaile) all the way to the Namunidjbuk clan estate of the Wellington Range, scientists and local Aboriginal research partners have found 87 rock shelters housing unusually tall cave paintings, some of which are larger than life.

The expansive outdoor gallery, which stretches over 130 kilometres (80 or so miles), contains 572 individual pieces, each of which puts a strong emphasis on the natural world and humanity's place within it. 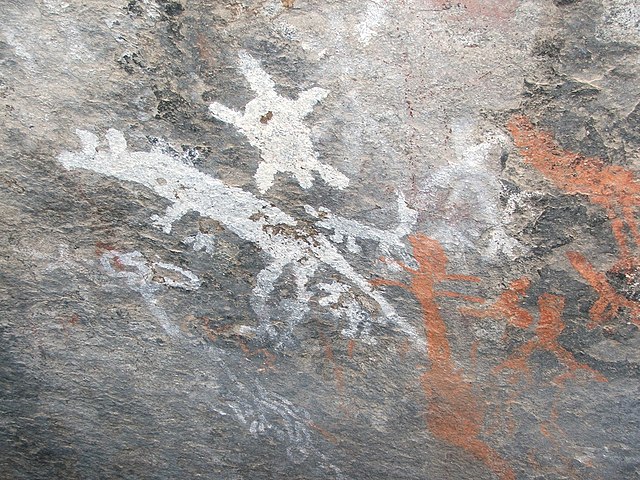 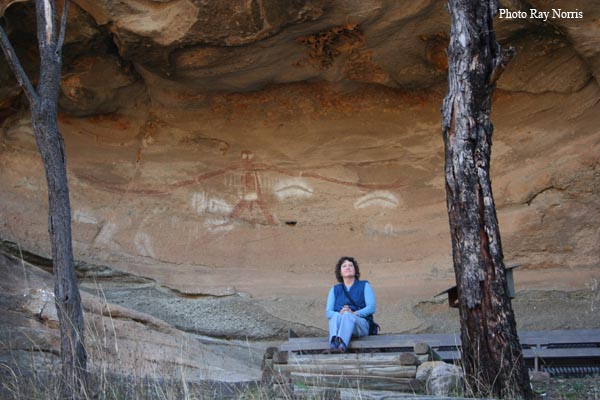 This photo shows the painting of Baiame made by an unknown Wiradjuri artist in "Baiame's cave", near Singleton, NSW. Notice the length of his arms which extend to the two trees either side.