Astronomers using the NASA/ESA Hubble Space Telescope have tracked the fading light of a Type Ia supernova in NGC 2525, a barred spiral galaxy located approximately 70 million light-years away in the southern constellation of Puppis.

Type Ia supernovae like SN 2018gv originate from a white dwarf in a close binary system accreting material from its companion star.

If the white dwarf reaches a critical mass (1.44 times the mass of our Sun), its core becomes hot enough to ignite carbon fusion, triggering a thermonuclear runaway process that fuses large amounts of oxygen and carbon together in a matter of seconds.

The energy released tears the star apart in a violent explosion, ejecting matter at speeds up to 6% the speed of light and emitting huge amounts of radiation.

Type Ia supernovae consistently reach a peak brightness of 5 billion times brighter than our Sun before fading over time. 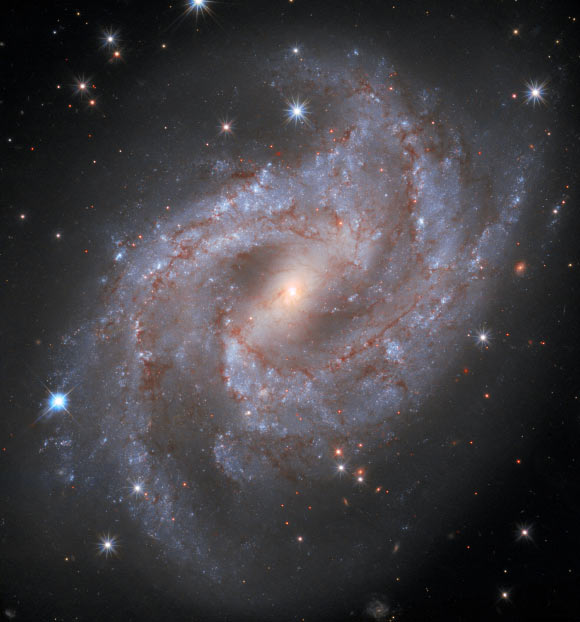 This Hubble images shows SN 2018gv (a very bright star located on the outer edge of one of the galaxy’s spiral arms in the left portion of the image) in the barred spiral galaxy NGC 2525.

This video shows a unique time-lapse of the supernova in galaxy NGC 2525. The supernova is captured by Hubble in exquisite detail within this galaxy in the lower left portion of the frame.

This video zooms into the barred spiral galaxy NGC 2525, located 70 million light-years away in the southern constellation Puppis.