Ancient astronauts" (or "ancient aliens") refers to the pseudoscientificidea that intelligent extraterrestrial beings visited Earth and made contact with humans in antiquity and prehistoric times.

Proponents suggest that this contact influenced the development of modern cultures, technologies, religions, and human biology. A common position is that deities from most, if not all, religions are extraterrestrial in origin, and that advanced technologies brought to Earth by ancient astronauts were interpreted as evidence of divine status by early humans

Proponents of the ancient astronaut hypothesis often maintain that humans are either descendants or creations of extraterrestrial intelligence (ETI) who landed on Earth thousands of years ago.

An associated idea is that humans evolved independently, but that much of human knowledge, religion, and culture came from extraterrestrial visitors in ancient times, in that ancient astronauts acted as a "mother culture".

Ancient astronauts proponents suggest that aliens came to Earth long ago, citing artifacts such as this ancient Mesopotamian cylinder seal.

Votive relief of the winged priest of Dudu on display at the Louvre Museum, France.

The so-called "Helicopter hieroglyphs", at Abydos, Egypt, which are argued to depict flying craft 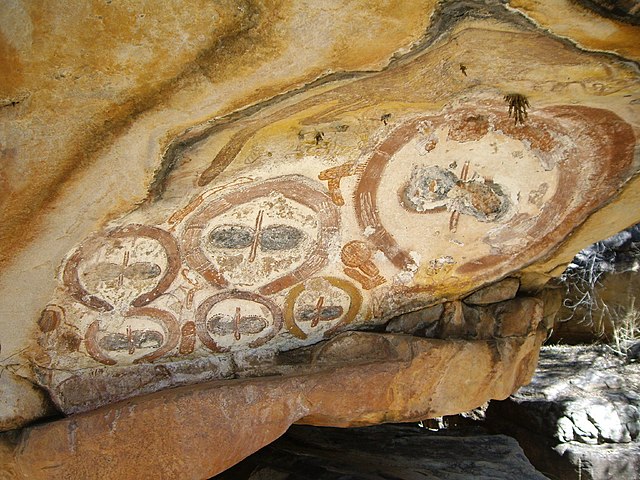 A large geoglyph near the Nazca Lines, thought by some to represent an astronaut