This unidentified stuff, which makes up most of the mass in the cosmos, is invisible but detectable by the way it gravitationally tugs on objects like stars.

Dark matter’s gravity can also bend light traveling from distant galaxies to Earth — but now some of this mysterious substance appears to be bending light more than it’s supposed to.

A surprising number of dark matter clumps in distant clusters of galaxies severely warp background light from other objects, researchers report in the Sept. 11 Science. 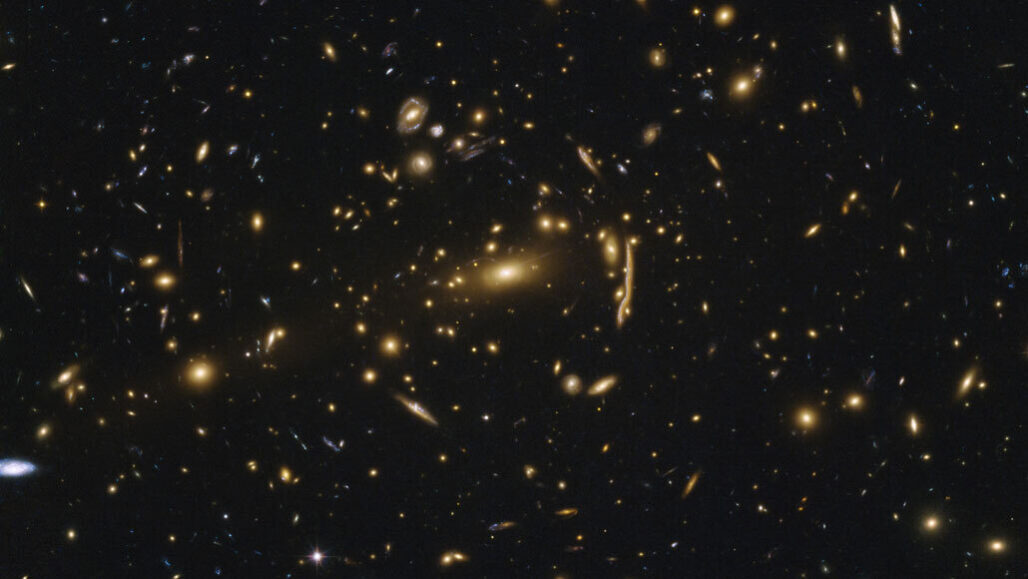 Observations of 11 galaxy clusters, such as MACSJ1206.2-0847 (shown), reveal that some globs of dark matter in these clusters are denser than expected.

Thanks to new observations using the Hubble Space Telescope, scientists believe they have strong evidence for one of the most widely accepted and coolest dark matter theories yet: cold dark matter.

Astronomers used the telescope to hunt for quasars, the regions around active black holes where superheated matter emits tons of light. But not just any quasar would do—Hubble had to find a quasar that was almost perfectly aligned behind an entire massive galaxy.