At one time a "diverse and abundant" group (based on the fossil record), their closest living relatives are sharks and rays, though their last common ancestor with them lived nearly 400 million years ago. Today, they are largely confined to deep water.

They have elongated, soft bodies, with a bulky head and a single gill-opening.

Their skin is smooth and naked, lacking placoid scales (except in the claspers), and their color can range from black to brownish gray.

For defense, most chimaeras have a venomous spine in front of the dorsal fin. 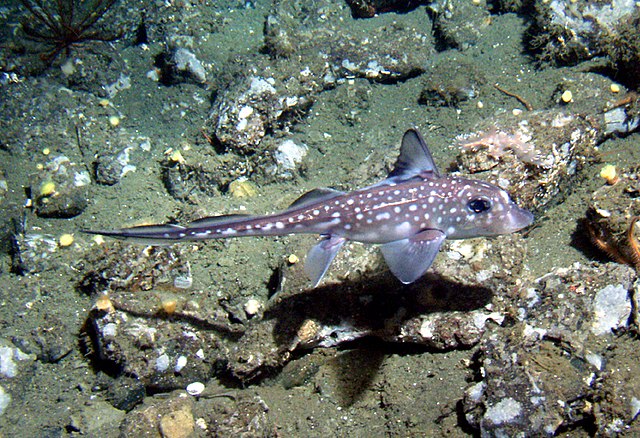 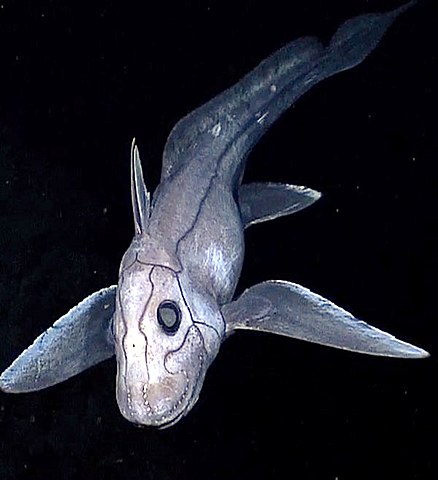 A deep-sea chimaera seen by the Little Hercules in the Sulawesi Sea as part of the NOAA Okeanos Explorer Program.

Its snout is covered with tiny pores capable of detecting perturbations in electrical fields generated by living organisms.