These tiny squid are found on the shores of Japan in springtime during spawning season, but spend most of their life in deeper waters between 200-400 meters.

They are bioluminescent organisms and emit blue light from photophores, which some scientists have hypothesized could be used for communication, camouflage, or attracting food, but it is still unclear in the scientific community exactly how this species uses their bioluminescence.

The firefly squid is a predator and actively hunts its food, which includes copepods, small fish, and other squids. 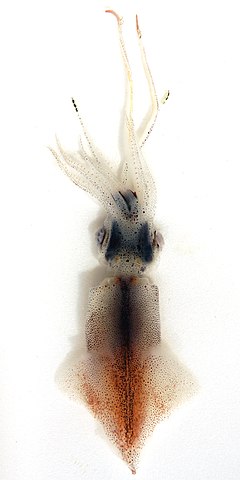 Principle of the squid's counter-illumination camouflage.

When seen from below by a predator, the bioluminescence helps to match the squid's brightness and colour to the sea surface above. 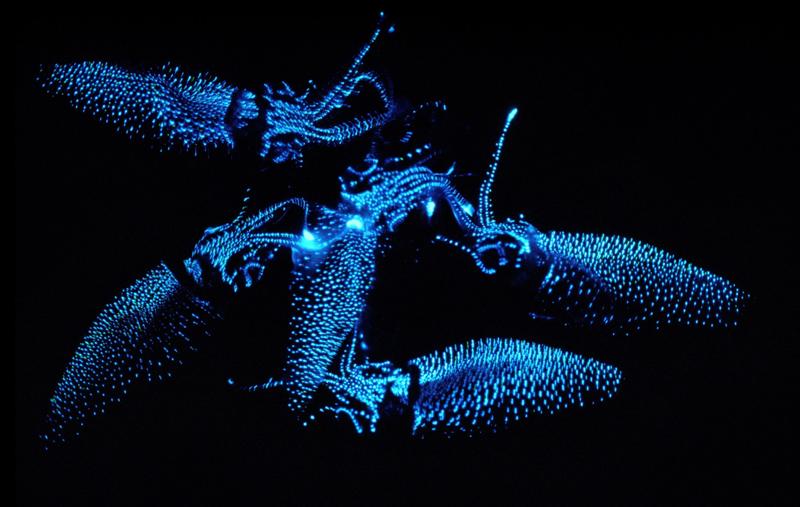 Firefly Squids have eight arms and two tentacles, each with suckers and hooks.

Sparkling enope squids is another name and so is “hotaru-ika” (Japanese).

They are named so because they resemble fireflies. 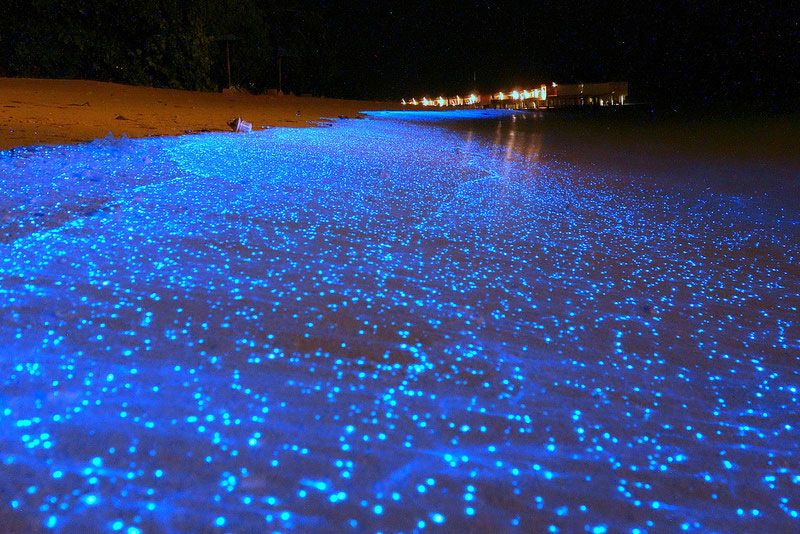 In spite of living in the deep ocean, they come to the surface at night either for hunting or for spawning their eggs.