Dying stars swell and cool to eventually become red giants. They produce stellar winds, flows of particles that the star expels, which causes them to lose mass. Because detailed observations were lacking, astronomers have always assumed that these winds were spherical, like the stars they surround.

As the star evolves further, it heats up again and the stellar radiation causes the expanding ejected layers of stellar material to glow, forming a planetary nebula. 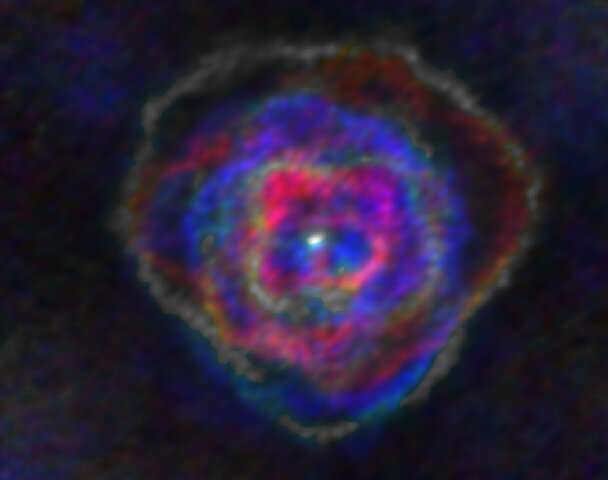 The stellar wind of R Aquilae resembles the structure of rose petals. 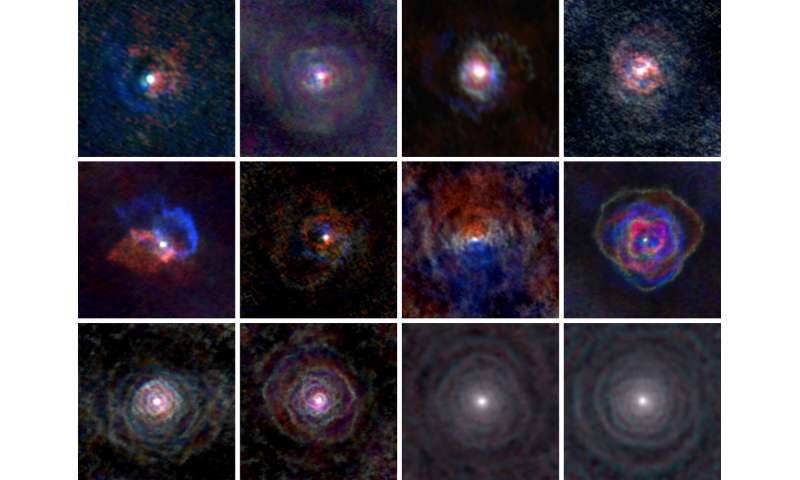 This image gallery of stellar winds around cool ageing stars shows a variety of morphologies, including disks, cones, and spirals.