The white dwarf is the remnant of a Sun-like star, greatly shrunken down to roughly the size of Earth, yet it retains half the Sun’s mass.

The newfound massive planet is roughly the same size as Jupiter and is no more than 14 times as massive. 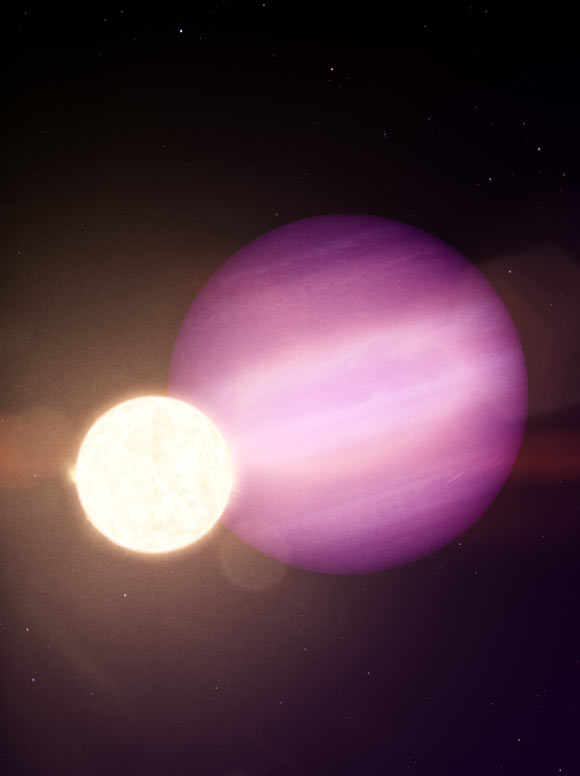 An artist’s impression of the potential Jupiter-size planet WD 1856+534b and its much smaller host star, a dim white dwarf.

An international team of astronomers has reported what may be the first example of an intact planet closely orbiting a white dwarf, a dense leftover of a Sun-like star that’s only 40% bigger than Earth.
_________________

Researchers using ESO's Very Large Telescope have, for the first time, found evidence of a giant planet associated with a white dwarf star.

The planet orbits the hot white dwarf, the remnant of a Sun-like star, at close range, causing its atmosphere to be stripped away and form a disc of gas around the star.