Surprising new evidence shows that Venus has active volcanoes. Beneath the planet's thick and suffocating atmosphere, it has scorching hot temperatures, with most of the surface composed of and shaped by flows and surges from volcanic activity. Nonetheless, planetary geologists studying Venus in the past have failed to obtain hard evidence of active volcanic events on the planet.

Coronae are a part of the abundant volcanic features found on the surface of Venus. Other features include vast volcanic plains, domes, and mountain shield volcanoes.

Laurent Montési, a University of Maryland geologist, says it was the first time they were able to identify specific structures to be active or dormant. Their study, he says, significantly changes our view of the planet from being mostly inactive to something with a churning interior, possibly feeding several active volcanoes. 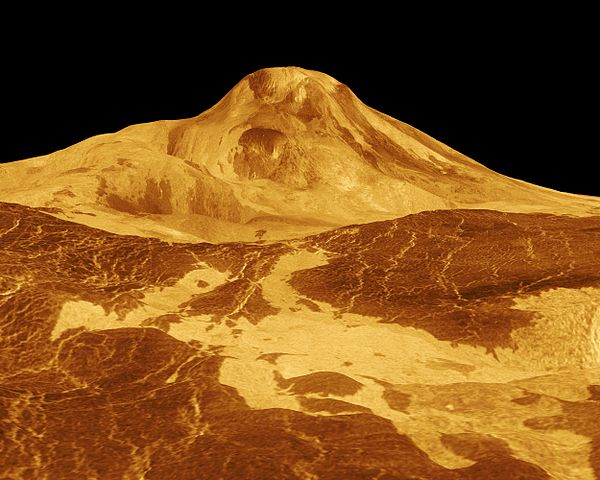 The 8-km-high volcano Maat Mons is displayed in this perspective view of the surface of Venus, with the vertical scale multiplied by 22.5. Based on Magellan radar images. 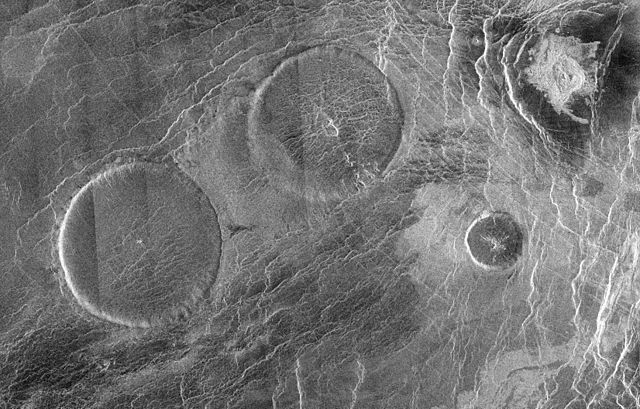