“There are a number of striking planet populations that emerge when studying the period and radius measurements that TESS and its predecessor Kepler have compiled for over 2,000 confirmed, transiting exoplanets they detected,” lead author Dr. Jennifer Burt of NASA’s Jet Propulsion Laboratory and her colleagues wrote in their paper.

“One of the most surprising is the huge population of planets between the size of Earth and Neptune that orbit stars of all stellar types, a population that is missing from our own Solar System.” 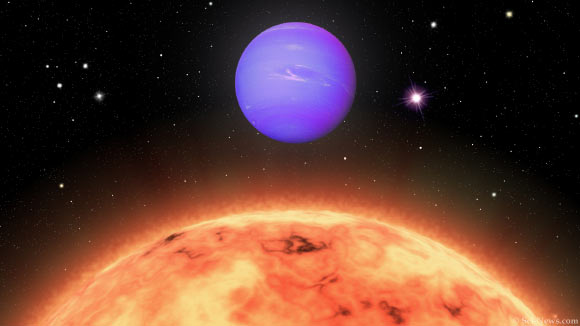 This animation shows the white dwarf WDJ0914+1914 and its Neptune-like exoplanet. Since the icy giant orbits the hot white dwarf at close range, the extreme ultraviolet radiation from the star strips away the planet’s atmosphere.

While most of this stripped gas escapes, giving the planet a comet-like tail, some of it swirls into a disc, itself accreting onto the white dwarf.
_________________