The former Seneca Army Depot in upstate New York is home to a rare herd of white-tailed deer, all of which carry a recessive gene for all-white coats.

The Seneca white deer are not albinos, they are a natural variation of the white-tailed deer, which are usually a brown color. These rare deer are leucistic, meaning they lack pigmentation in the fur, but their eyes are the normal brown color.

In the wild, the very visible white coat makes these rare creatures easy targets for both human hunters and predators like coyotes, but this particular herd was protected by a 24-mile (39 km) fence erected around the Seneca Army Depot in 1941. They were isolated inside the depot perimeter and since the military commander there forbade soldiers from shooting the white deer, their number grew into the hundreds. 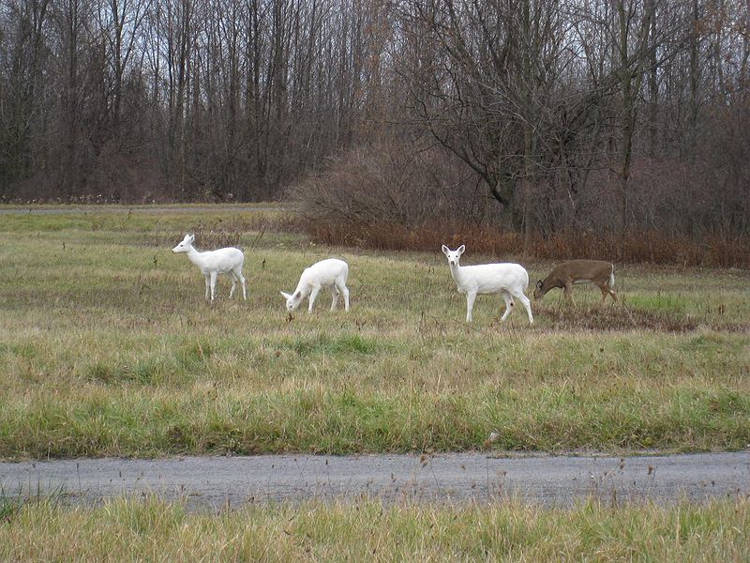 The Seneca County Industrial Development Agency (IDA) took ownership of the land after the army base formally closed, and in 2006, the first tours of the Seneca White Deer sanctuary were organized.

At its peak, the white deer herd numbered around 300 specimens, of which about 75 remain today. Hopefully, more people learn about this unique herd and former Seneca Army Depot becomes popular enough to at least cover all the expenses. That would at least ensure the survival of the white deer.
_________________