Every so often, a celestial slasher film plays out in the heavens: The villain is a supermassive black hole, which shreds a star and then swallows part of it. Now scientists have gotten a rare, early glimpse of this violent action.

The episode was described September 26 in Astrophysical Journal. It was first detected by telescopes in January. Scientists named the event ASASSN-19bt. It’s one of only dozens of these phenomena ever observed. Such events are known as tidal disruption events.

These occur when a star passes close enough to a black hole to get sucked in and torn apart. In any given galaxy, that usually occurs only about once every 100,000 years, notes Suvi Gezari. She is an astronomer at the University of Maryland in College Park who was not involved with the work. She describes the new observation as “really exciting.” 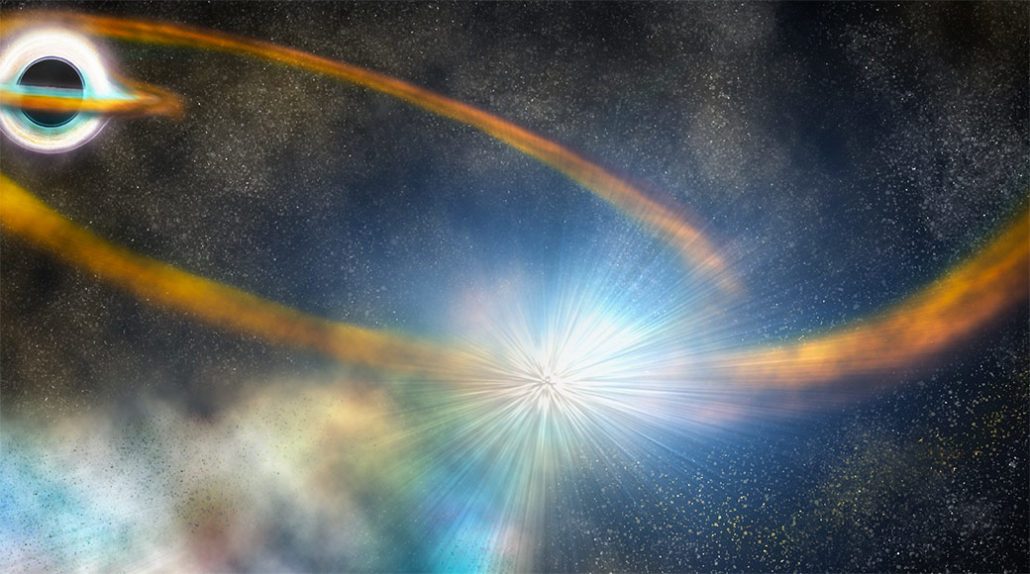 A star that wanders too close to a black hole (top left) is stretched into a thin strand. Some of the star material is thrown back into space, as this illustration shows.

The rest swirls around the black hole, crashing into itself and forming a disk of superheated gas.

This animation illustrates what happens when a star strays too near a black hole: It gets torn apart. The episode is called a tidal disruption event, or TDE. Scientists had never caught a TDE so early.
_________________