What’s fuzzy, lives on a glacier and migrates but isn’t an animal? Answer: Oval balls of moss, nicknamed “glacier mice.” Such moss balls can be found scattered across a few of the world’s glaciers in places such as Iceland and Alaska. Now, in a surprise finding, scientists have discovered that the moss balls move across the ice together, like a herd. The question remains: Why?

Only a few other scientists have studied such moss balls. Most suspect the balls form when airborne moss spores gain a foothold on a small rock or similar debris. Over time, the growing moss forms an oval ball. Entire communities of tiny creatures develop and thrive inside these tangled balls of greenery.

Re: On an Alaskan glacier, little green moss balls roll in herds 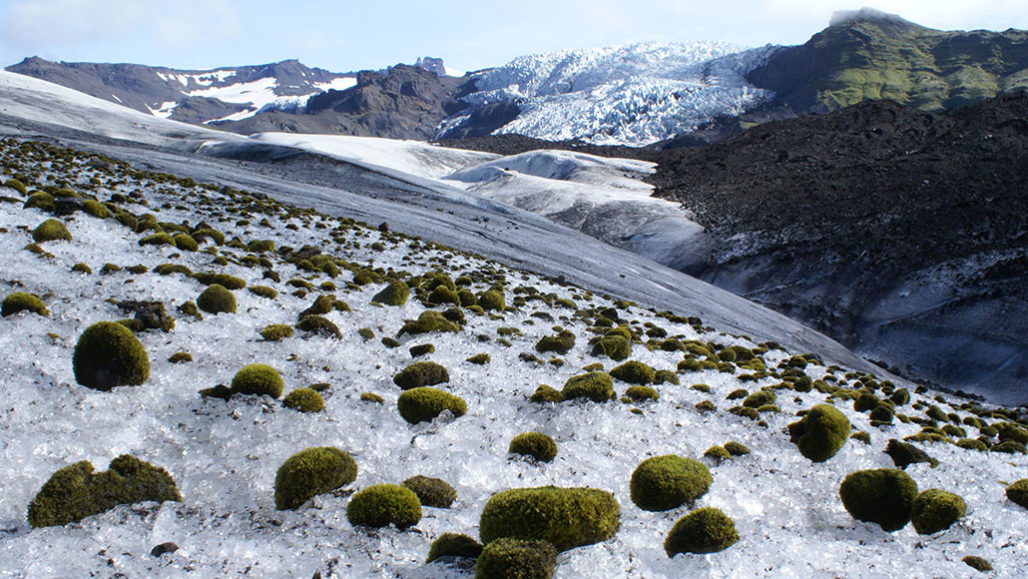 This herd of moss balls, nicknamed “glacier mice,” is located atop the Virkisjökull Glacier in Iceland. In Alaska, the peculiar herdlike motion of these moss balls across the ice has mystified scientists.