Tasty insects, look out: This spider is a speed demon. When it spots prey, it launches itself and its web like a slingshot. This gives it about 100 times the acceleration of a cheetah.

Fittingly, these tiny creatures are called slingshot spiders. They live in the Amazon rainforest of Peru. Their web shot makes them the fastest-moving arachnids known, says Symone Alexander.

She works at Georgia Tech in Atlanta, where she studies the physics of living things. Alexander described the speedy spiders here, March 4, at a meeting of the American Physical Society.

Slingshot spiders weave conical webs. The webs have a single strand attached to the tip of the cone. The spider reels in that strand to ramp up the tension. When it senses a potential meal, it releases the web. The spider and web then together fling forward. This ensnares the prey. “Just like that, our spider has dinner,” 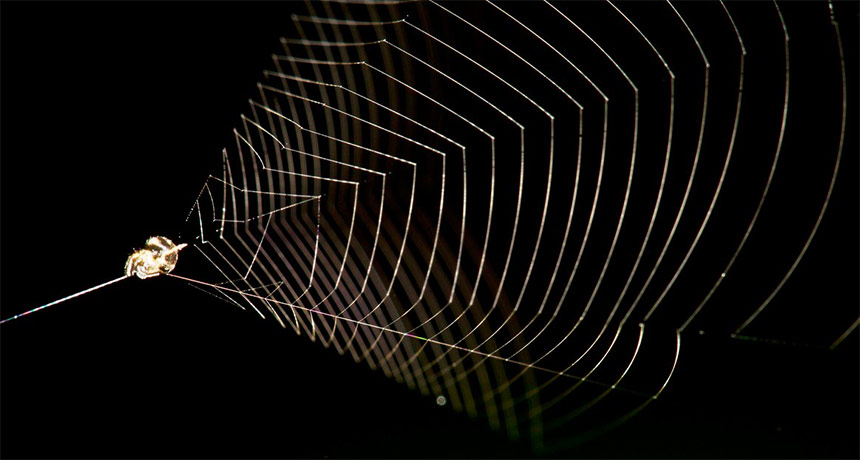 To catch its prey, the slingshot spider sends itself and its web flying at extreme accelerations. The motion makes this the fastest known arachnid.

The slingshot spider launches itself and its web by reeling in a thread attached to the web’s center, and then releasing it. Scientists studying this motion determined it is the fastest spider movement yet recorded.