A pair of researchers, one with Oxford University Botanic Garden, the other Universidade Federal de Sergipe, has conducted an overview of Langsdorffia, a parasitic flowering plant. In their paper published in Plants People Planet, Chris Thorogood and Jean Carlos Santos give an overview of the flower, its four species and explain why they believe more study of the plant is needed.

As the researchers note, Langsdorffia is a rare plant—indeed, only one of the researchers has actually seen the plant in the wild. It lives in Central and South America, Madagascar and Papua New Guinea. It is a simple plant, they note, having nothing more than a flower and tentacles that reach beneath the soil and attach to the roots of other plants—they have no leaves.

Nutrients from the other plants (such as mimosas and figs) are pulled into the flower, which has a very unique look—the researchers describe it as resembling an undersea creature. The single flower is red, with a ribbed center and outreaching petals on the sides. It rather resembles a strawberry. Also, there are only four known species of the plant: L. hypogaea Mart, L. malagasica, L. papuana Geesink and L. heterotepala. 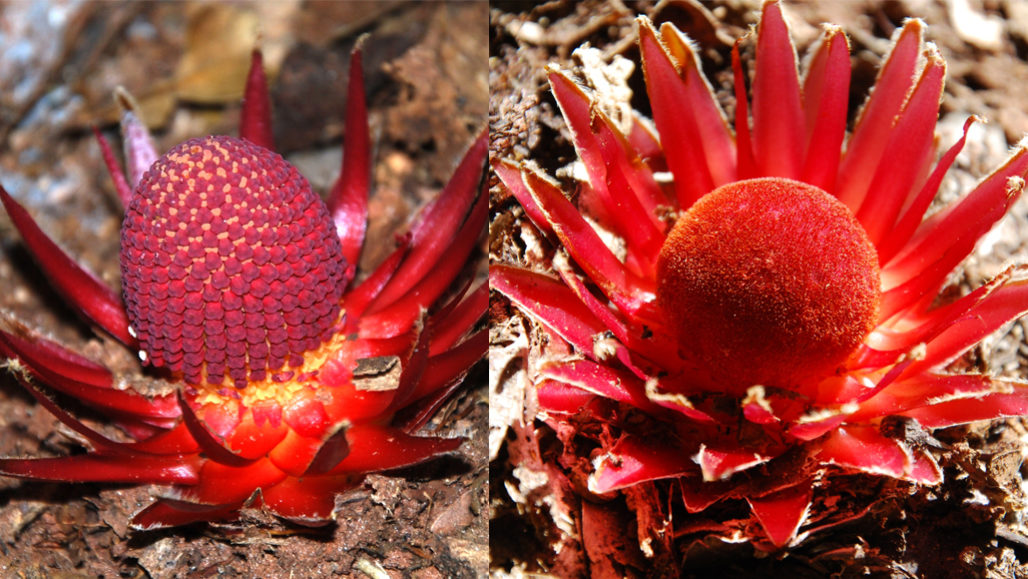 Supreme grifters of the plant kingdom send up showy flowers (Langsdorffia hypogea male, left; female, right) but don’t bother with even a single green leaf. Instead they just sneak around underground and steal all their food. 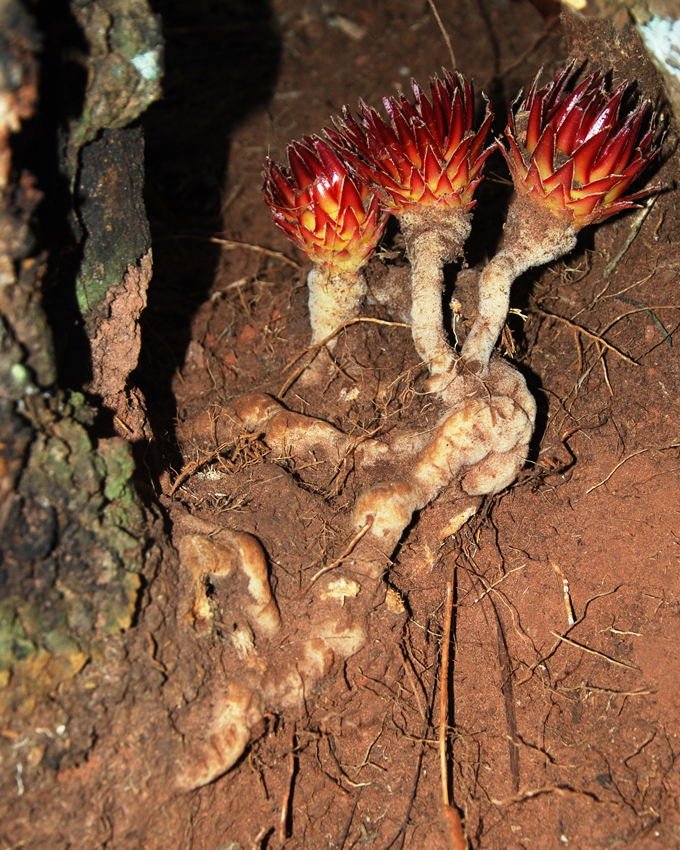 Scraping soil away from a Langsdorffia hypogea reveals the plant’s scam: It’s just a bouquet of flowers growing from ropy vampiric tissue that sucks on other species’ roots.