Scientists think superbolts form like lightning on Earth does: Colliding ice crystals and water droplets charge each other up, then stretch the charge between them when they separate 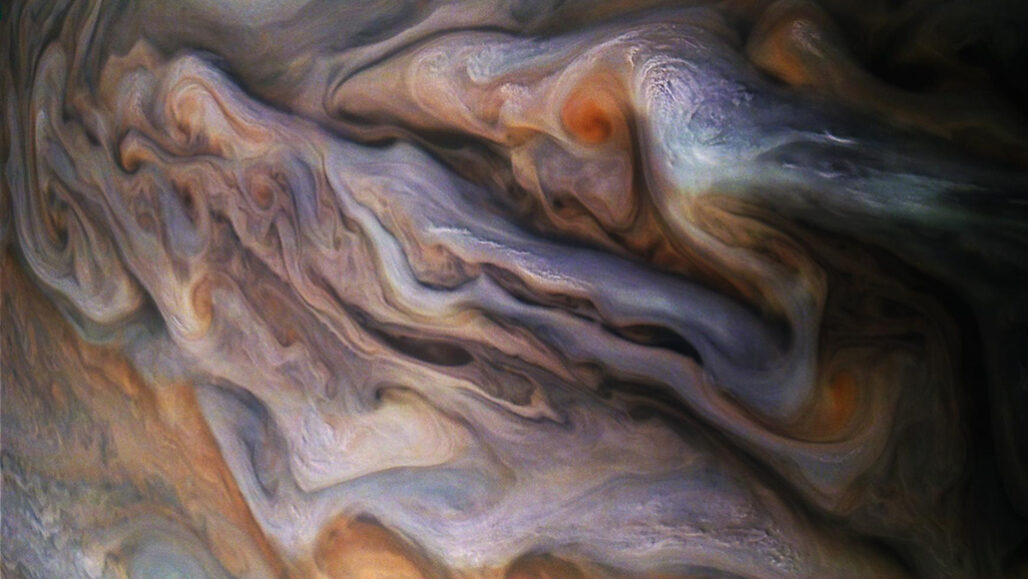 Wispy, white “pop-up” clouds on Jupiter, seen in this enhanced image from NASA’s Juno spacecraft, could mark spots where ice crystals are thrown upward by raging storms below. Those ice crystals could then help form newfound lightning in Jupiter’s cloud tops. 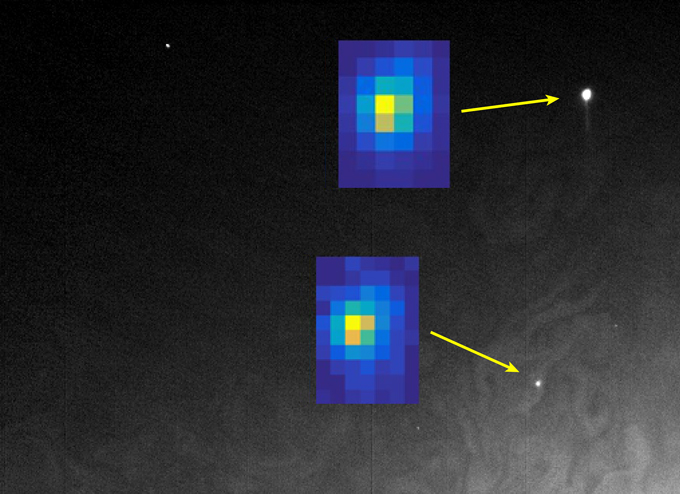 Newly observed lightning showed up as bright dots (indicated with arrows) on Jupiter’s nightside, seen in this composite image from one of Juno’s cameras. The insets are pixelated representations of the events’ brightness (yellow is more bright; blue is less bright).

This animation takes the viewer on a simulated journey into Jupiter’s exotic high-altitude electrical storms. Get an up-close view of Mission Juno’s newly discovered “shallow lighting” flashes and dive into the violent atmospheric jet of the Nautilus cloud.

The smallest white “pop-up” clouds on top of the Nautilus are about 100 km across. The ride navigates through Jupiter’s towering thunderstorms, dodging the spray of ammonia-water rain, and shallow lighting flashes.

At these altitudes -- too cold for pure liquid water to exit – ammonia gas acts like an antifreeze that melts the water ice crystals flung up to these heights by Jupiter’s powerful storms – giving Jupiter an unexpected ammonia-water cloud that can electrify the sky.
_________________