The UN's weather agency announced Thursday the longest lightning bolt on record—a single flash in Brazil on October 31, 2018 that cut the sky across more than 700 kilometers.

That is equivalent to the distance between Boston and Washington DC in the United States, or between London and Basel, Switzerland, the World Meteorological Organization said in a statement.

WMO's committee of experts on weather and climate extremes also reported a new world record for the duration of a lightning flash, with a single flash that developed continuously over northern Argentina on March 4, 2019 lasting for a full 16.73 seconds. 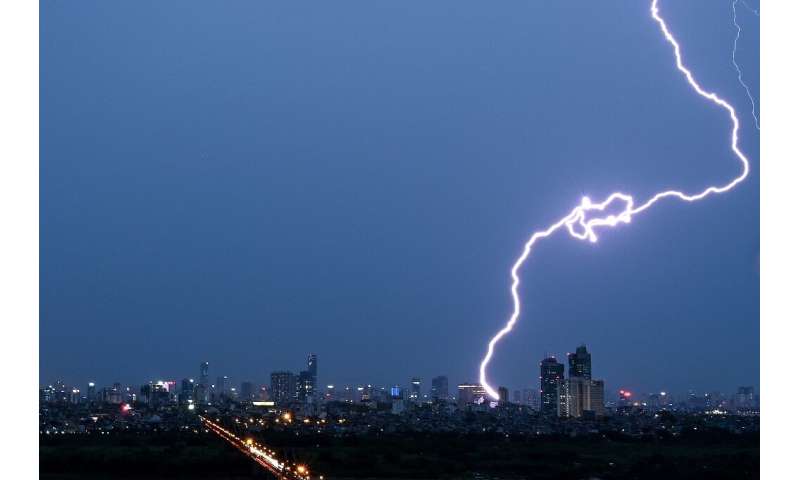 The previous record for the longest detected distance for a single lightning flash was 321 kilometers (199 miles), measured on June 20, 2007 in the US state of Oklahoma, WMO said.

The previous duration record was 7.74 seconds, measured on August 30, 2012 in southern France, it said.