NASA's Hubble Space Telescope captured a striking image of a fledgling star's unseen, planet-forming disk casting a huge shadow across a more distant cloud in a star-forming region—like a fly wandering into the beam of a flashlight shining on a wall.

The young star is called HBC 672, and the shadow feature was nicknamed the "Bat Shadow" because it resembles a pair of wings. The nickname turned out to be surprisingly appropriate: Now, the team reports that they see the Bat Shadow flapping!

"The shadow moves. It's flapping like the wings of a bird!" described lead author Klaus Pontoppidan, an astronomer at the Space Telescope Science Institute (STScI) in Baltimore, Maryland. The phenomenon may be caused by a planet pulling on the disk and warping it. The team witnessed the flapping over 404 days. 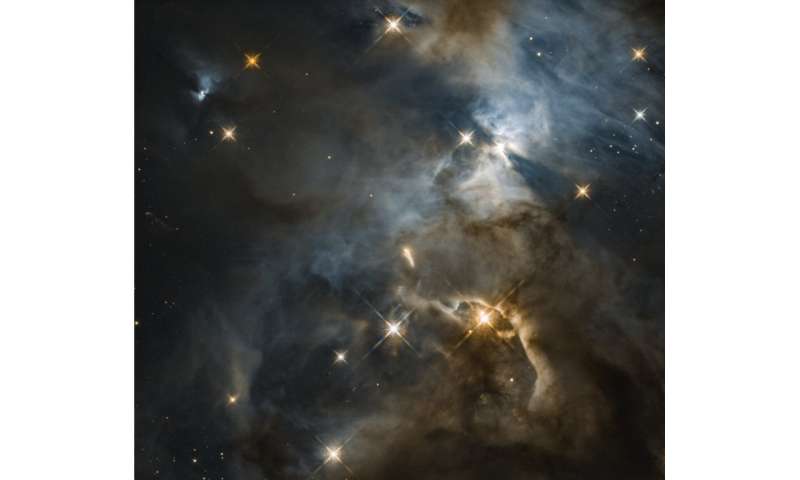 The star is called HBC 672, and the shadow feature was nicknamed the "Bat Shadow" because it resembles a pair of wings. The nickname turned out to be unexpectedly appropriate, because now those "wings" appear to be flapping! 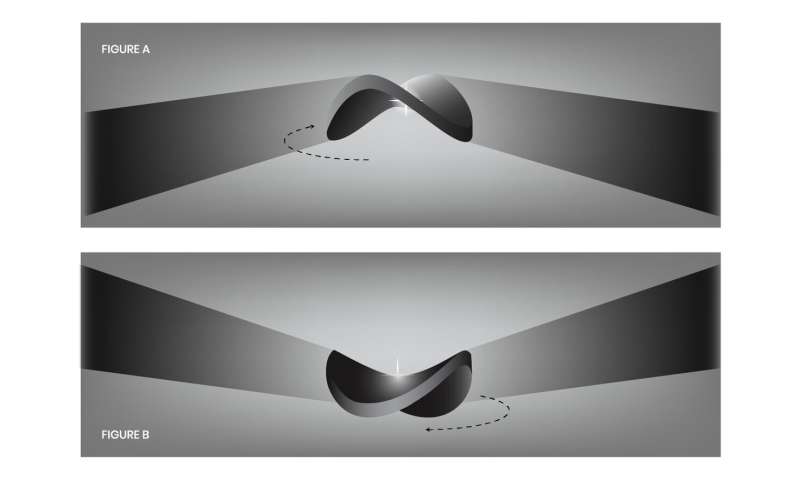 This illustration shows a fledgling star surrounded by a warped, saddle-shaped disk with two peaks and two dips. A planet embedded in the disk, inclined to the disk's plane, may be causing the warping.

As the disk rotates around the young star, it is thought to block the light from that star and cast a varying, flapping shadow on a distant cloud.