Phobos is an unusual satellite, orbiting closer to its planet than any other moon in the Solar System.

The moon has an oblong shape with an average diameter of about 22 km (14 miles). It also has impact craters and grooves on its surface.

It orbits Mars about 6,000 km (3,700 miles) from the surface and completes an orbit in just 7 hours and 39 minutes. It orbits so close to the Martian surface that the curvature of the planet would obscure its view from an observer standing in Mars’ polar regions. 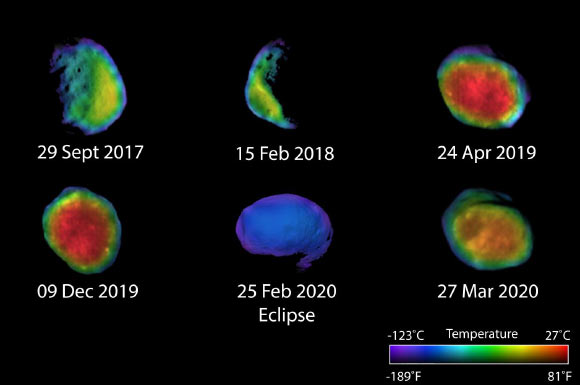 These images from the THEMIS camera on NASA’s Mars Odyssey orbiter show Phobos during different phases: waxing, waning and full.