Einstein's theory of general relativity has been proven right (again!), thanks to the wobbly dance of a high-speed star swirling around the monster black hole at the center of our galaxy.

Astronomers with the European Southern Observatory (ESO) have been watching that star — named S2 — orbit our local supermassive black hole for 27 years, taking precise measurements of the star's position and velocity as it swoops around the galactic center, roughly 26,000 light-years from Earth.

After watching the star complete nearly two full orbits (each complete orbit takes about 16 years), the researchers concluded that the star does not have a fixed elliptical orbit as predicted by Isaac Newton's theory of gravity, but rather "dances" around the black hole in a pattern that resembles a rosette drawn using a spirograph. 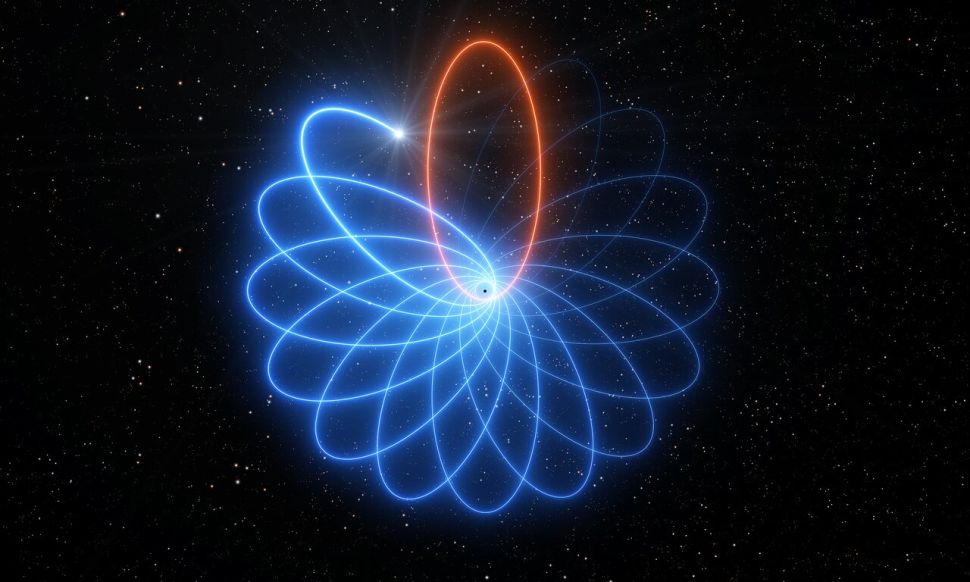 An artist's impression of the star S2 precessing around the black hole at the center of the Milky Way.