Scientists scored a touchdown when they observed heavy metals escaping from the surface of a football-shaped exoplanet that's way too hot to handle.

The large and gassy "hot Jupiter," called WASP-121b, orbits so close to its sun that its temperature is 10 times greater than that of any other known planet. Its odd, football-like shape is also due to the planet's close proximity to the host star as it is on the verge of being ripped apart by the star's gravity.

Using the Hubble Space Telescope, the group of scientists observed heavy metals, such as iron and magnesium, escaping through the surface of the exoplanet — marking the first time heavy metals were observed floating away from an exoplanet's upper atmosphere. 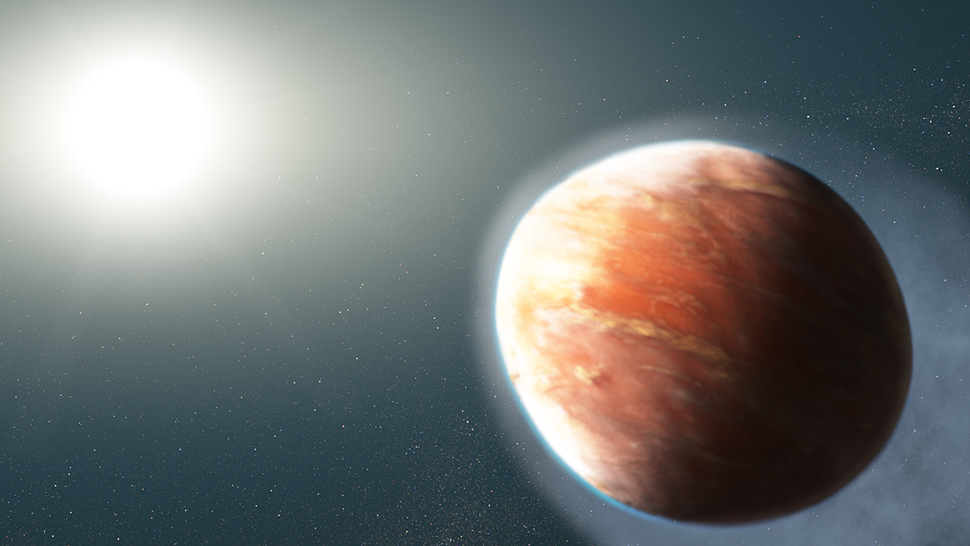 An illustration of Planet WASP-121b orbiting its host star, which is even hotter than our sun.