The Chang'e 4 spacecraft touched down on the floor of the 115-mile-wide (186 kilometers) Von Kármán Crater on Jan. 2, 2019, becoming the first probe ever to ace a soft landing on the moon's mysterious far side, which forever points away from Earth.

A rover called Yutu 2 ("Jade Rabbit 2") rolled off the stationary Chang'e 4 lander just hours after touchdown. These two solar-powered craft have now been taking the measure of their exotic surroundings for more than a year with a variety of science gear, giving us unprecedented views of the lunar far side's surface. 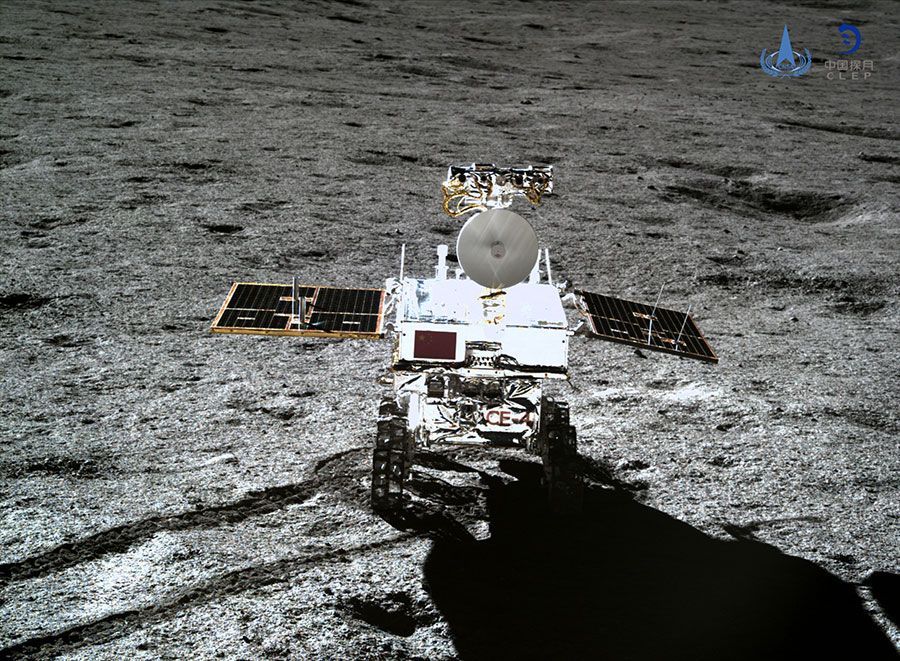 China's Yutu 2 rover, as seen by the Chang'e 4 lander on the far side of the moon.

China's lunar rover Yutu-2 has driven 284.66 meters on the far side of the moon to conduct scientific exploration on the virgin territory.