Most of the action comes courtesy of the heart's left lobe, a 600-mile-wide (1,000 kilometers) nitrogen-ice plain called Sputnik Planitia. This exotic ice vaporizes during the day and condenses into ice again at night, causing nitrogen winds to blow, the researchers determined. (Pluto's atmosphere is dominated by nitrogen, like Earth's, though the dwarf planet's air is about 100,000 times thinner than the stuff we breathe.) 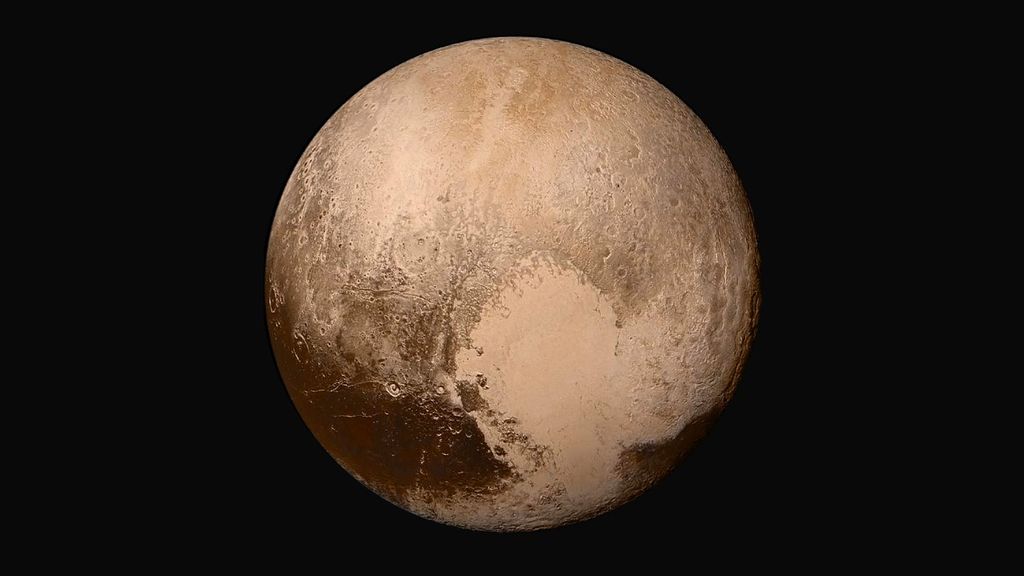 Material beneath Sputnik Planitia (an area within Tombaugh Regio - Pluto's 'heart') may be pushing the surface outwards, causing a "positive gravitational anomaly," according to NASA New Horizons co-investigator Richard Binzel.