Only three such events have been observed, out of all the billions of massive stars in the Milky Way.

Here on Earth, we pay quite a lot of attention to the sun. It's visible to us, after all, and central to our lives. But it is only one of the billions of stars in our galaxy, the Milky Way. It's also quite small compared to other stars — many are at least eight times more massive.

These massive stars influence the structure, shape and chemical content of a galaxy. And when they have exhausted their hydrogen gas fuel and die, they do so in an explosive event called a supernova. This explosion is sometimes so strong that it triggers the formation of new stars out of materials in the dead star's surroundings. 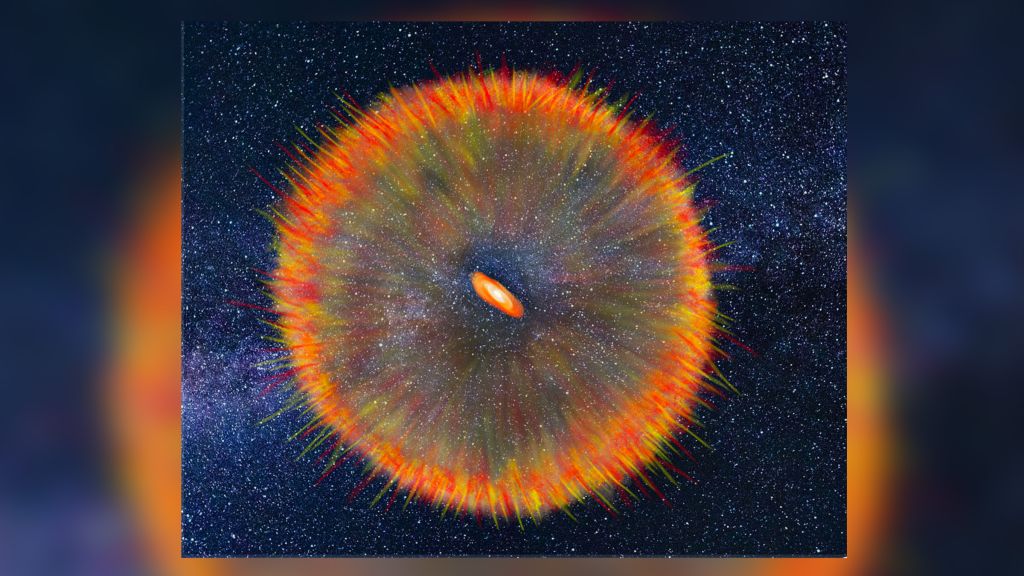 This artist’s impression shows the blast from a heatwave detected in a massive, forming star.