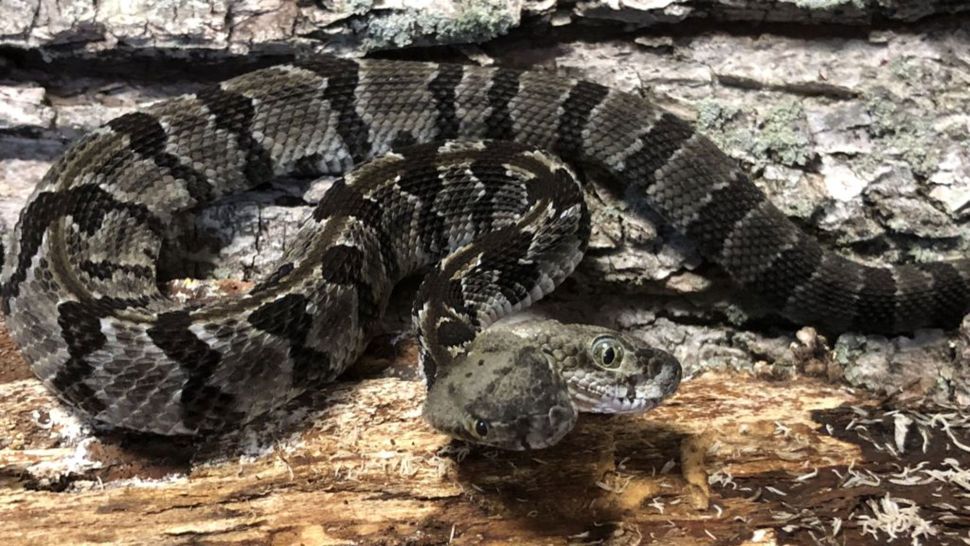 Herpetologists Dave Schneider and Dave Burkett, who work with the Herpetological Associates in Pemberton, New Jersey, discovered a rare, two-headed baby rattlesnake in the wild near Pine Barrens, a heavily forested area in the southern tip of the state. Such bicephalic animals, as they're known, rarely survive to maturity unless in captivity. The scientists took the little creature in, fed and cared for it, and named it Double Dave.

It is a young timber rattlesnake that was found in the Pine Barrens of New Jersey.

It weighs an estimated one to two ounces.

It is a rarity.