Humanity’s second ambassador to interstellar space has reported back from the frontiers of the solar system — with the message that the border of the sun’s territory is a complex and ever-changing place.

Late last year, NASA’s Voyager 2 spacecraft broke through the heliopause, the boundary where the solar wind gives way to the plasma that permeates the galaxy (SN: 12/10/18). Six years earlier, its sister probe, Voyager 1, made its own heliopause crossing (SN: 9/12/13). Now, the combined results of these two journeys, published online November 4 in several papers in Nature Astronomy, offer the most detailed look yet at this largely unexplored region of space. 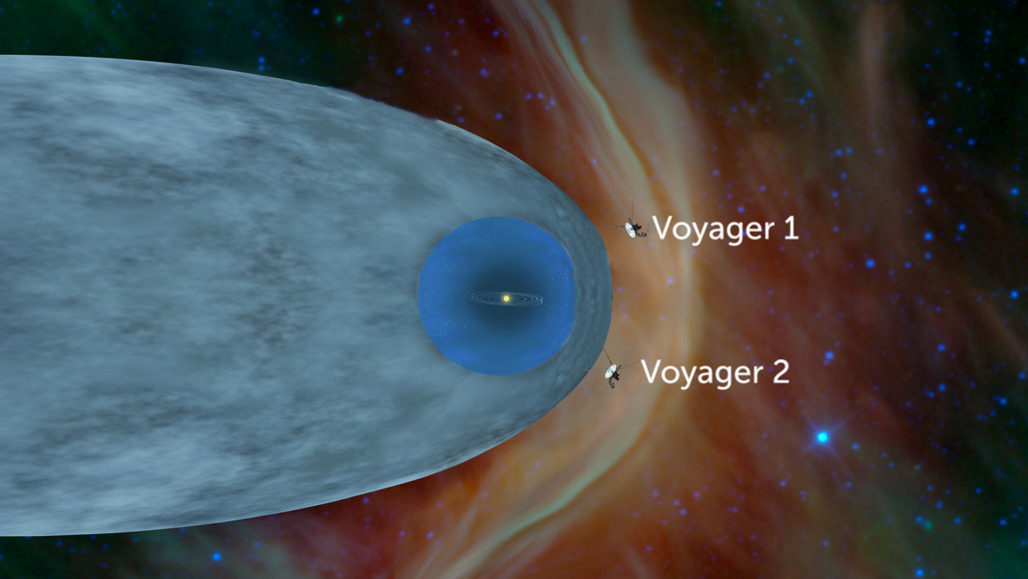 Two spacecraft, Voyager 1 and 2 (illustrated), now sail through interstellar space, providing independent reports about how the sun interacts with the rest of the galaxy.

In the blackness of space billions of miles from home, NASA’s Voyager 2 marked a milestone of exploration, becoming just the second spacecraft ever to enter interstellar space in November 2018. Now, a day before the anniversary of that celestial exit, scientists have revealed what Voyager 2 saw as it crossed the threshold—and it’s giving humans new insight into some of the big mysteries of our solar system.

The findings, spread across five studies published today in Nature Astronomy, mark the first time that a spacecraft has directly sampled the electrically charged hazes, or plasmas, that fill both interstellar space and the solar system’s farthest outskirts. It’s another first for the spacecraft, which was launched in 1977 and performed the first—and only—flybys of the ice giant planets Uranus and Neptune.
_________________