TOI 1338 b, as it is now called, is TESS's first circumbinary planet, a world orbiting two stars. The discovery was featured in a panel discussion on Monday, Jan. 6, at the 235th American Astronomical Society meeting in Honolulu. A paper, which Cukier co-authored along with scientists from Goddard, San Diego State University, the University of Chicago and other institutions, has been submitted to a scientific journal.

The TOI 1338 system lies 1,300 light-years away in the constellation Pictor. The two stars orbit each other every 15 days. One is about 10% more massive than our Sun, while the other is cooler, dimmer and only one-third the Sun's mass. 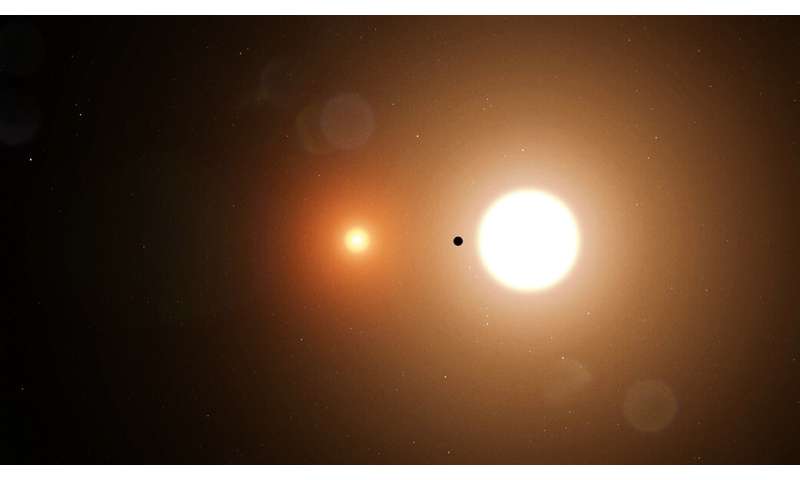 TOI 1338 b is silhouetted by its host stars. TESS only detects transits from the larger star.