Fata Morgana is a complex form of superior mirage that is seen in a narrow band right above the horizon. It is an Italian term named after the Arthurian sorceress Morgan le Fay, from a belief that these mirages, often seen in the Strait of Messina, were fairy castles in the air or false land created by her witchcraft to lure sailors to their deaths. Although the term Fata Morgana sometimes is applied to other more common kinds of mirages, true Fata Morgana is different from both an ordinary superior mirage and an inferior mirage.

Fata Morgana mirages significantly distort the object or objects on which they are based, often such that the object is completely unrecognizable. A Fata Morgana may be seen on land or at sea, in polar regions, or in deserts. It may involve almost any kind of distant object, including boats, islands, and the coastline. 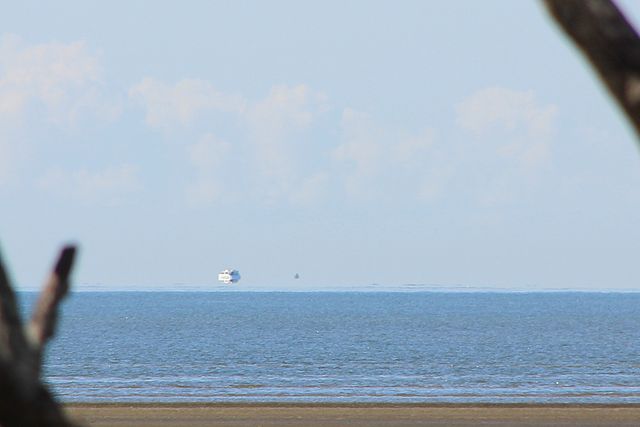 An example of picture showing a ship that appears to be floating above the horizon. 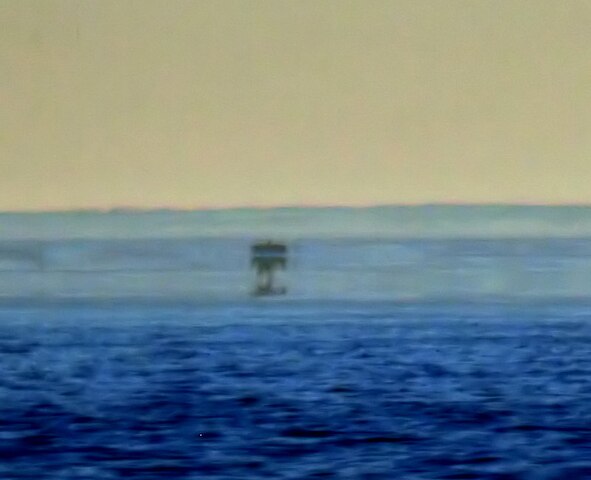 In this mirage, at least three separate images of a boat are visible. The real one at the bottom and the uppermost one are in the upright position, whereas the one in the middle is inverted.

This reminds me, if you look ahead on the road on a hot day, sometimes the heat on the Tarmac will look like a puddle or pool of water from a distance, really bizarre, know what I'm talking about?
_________________

This reminds me, if you look ahead on the road on a hot day, sometimes the heat on the Tarmac will look like a puddle or pool of water from a distance, really bizarre, know what I'm talking about? 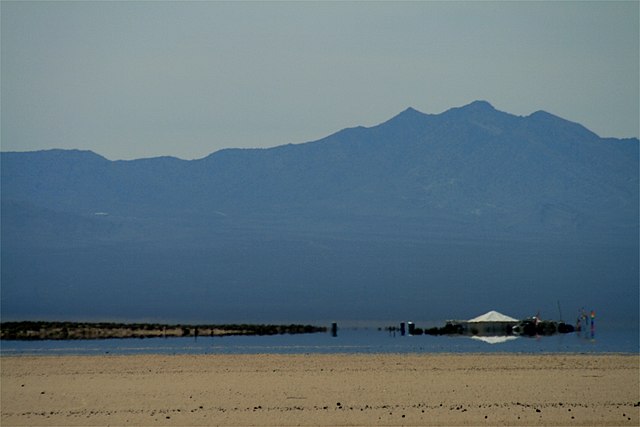 The lake you see in the picture is not real. It is an inferior mirage that sometimes are seen in deserts.

The most common Mirage is so called Hot Road Mirage, which is an inferior mirage. Please notice it is not a blurry, out of focus picture. It Is a mirage.

There you go, thanks for finding pics for me ;)