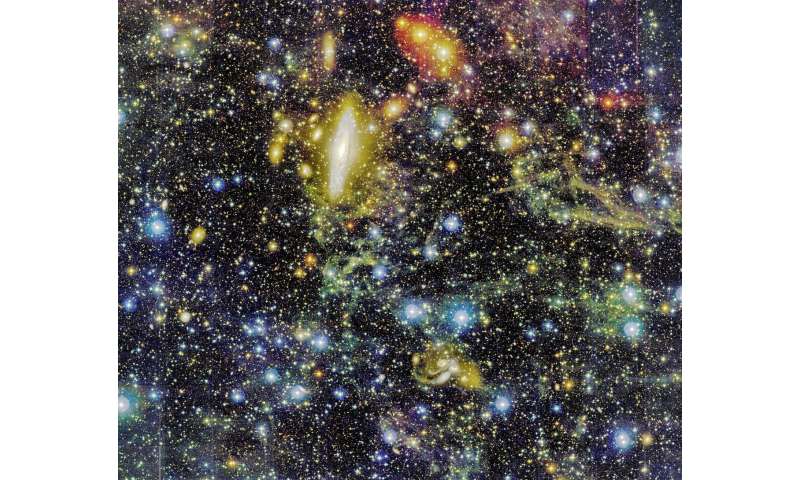 An extremely deep multi-band optical image from the Canada-France-Hawaii Telescope (CFHT, Hawaii. USA) casts a new light on the formation process of the famous group of 5 colliding galaxies. The image reveals structures undetected thus far, in particular a very extended red halo composed of old stars, and centered on an elliptical galaxy, NGC 7317, which had been ignored in previous studies on the dynamics of the global collision. These results are published in the Monthly notices of the Royal Astronomical Society by a team from the Observatoire Astronomique de Strasbourg (France), CEA Saclay (France) and the Lund Observatory (Sweden). 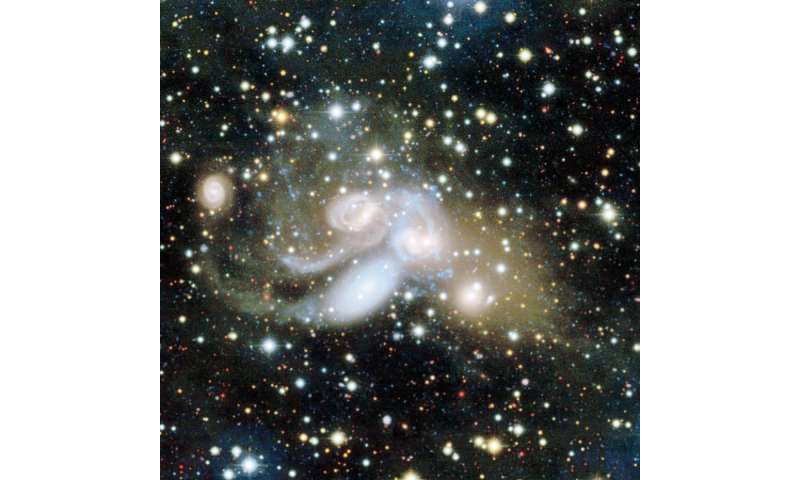 Stephan's Quintet is a compact group of 5 spiral and elliptical galaxies (excluding a spiral in appearance related to the system but actually present in the foreground, at the same distance as NGC 7331). The Hubble Space Telescope immortalized this region after observations of the group became one of the telescope's iconic images. Stephan's Quintet is the poster child for studies on the collective evolution of galaxies subjected to a range of effects such as interactions and slow collisions creating gravitational stellar streams, high speed galactic collision, gas ramming, starbursts and creation of intergalactic stellar systems.

The image above might remind us of abstract expressionism or an action painting by Jackson Pollock, but it is actually the latest observation of a group of galaxies known as Stephan’s Quintet. While the group visually consists of five galaxies, only four are actually close to each other, making it an incredible four-way merger. Astronomers have used the extremely rare group to better understand the complex dynamic of galactic collisions.