This set of shapes looks familiar to geologists who have studied gypsum crystals formed in drying lakes on Earth, but Curiosity's science team is considering multiple possibilities for the origin of these features on "Vera Rubin Ridge" on Mars.

One uncertainty the rover's inspection may resolve is the timing of when the crystal-shaped features formed, relative to when layers of sediment accumulated around them. Another is whether the original mineral that crystallized into these shapes remains in them or was subsequently dissolved away and replaced by something else. Answers may point to evidence of a drying lake or to groundwater that flowed through the sediment after it became cemented into rock. 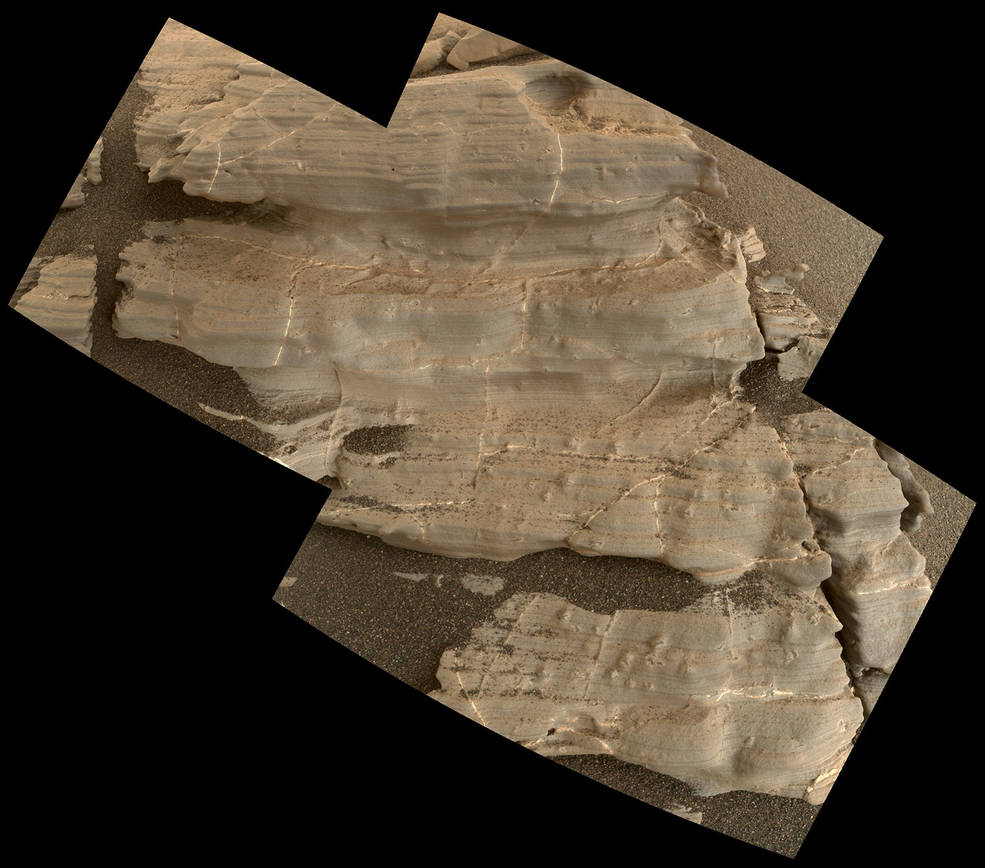 This exposure of finely laminated bedrock on Mars includes tiny crystal-shaped bumps, plus mineral veins with both bright and dark material. This rock target, called "Jura," was imaged by the MAHLI camera on NASA's Curiosity Mars rover on Jan. 4, 2018, during Sol 1925 of the mission. 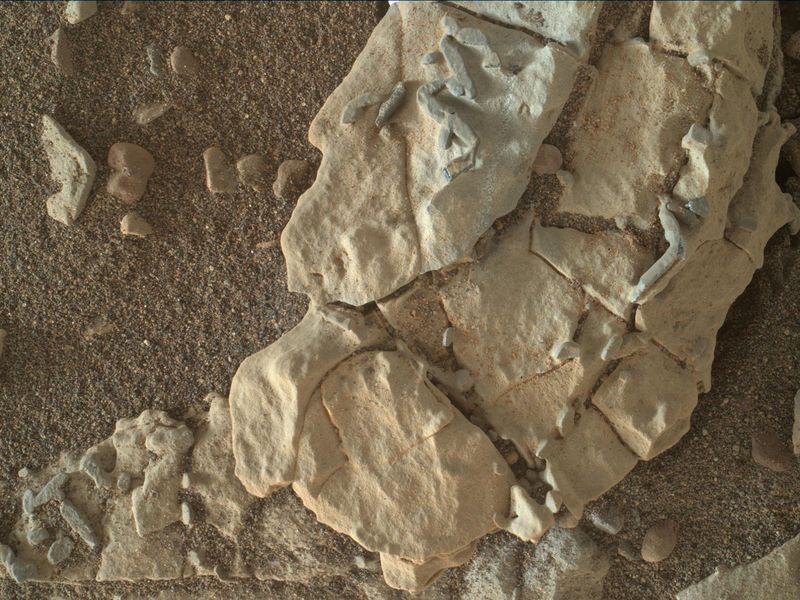 The stick-shaped features on this Martian rock are about the size of grains of rice. This view from the MAHLI camera on NASA's Curiosity Mars rover covers an area about 2 inches across, on a target called "Haroldswick." The sticks might be bits of dark material from mineral veins in this area. 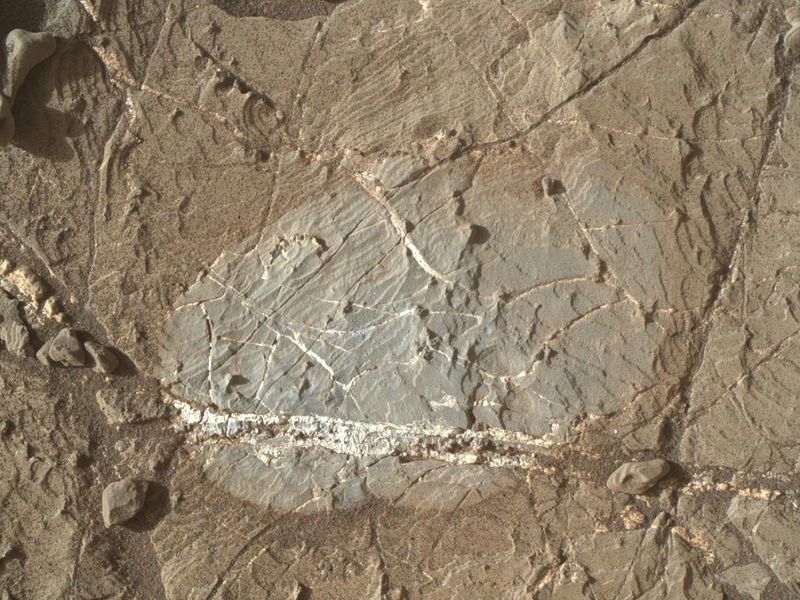 A mineral vein with bright and dark portions distiguishes this Martian rock target, called "Rona," near the upper edge of "Vera Rubin Ridge" on Mount Sharp. The MAHLI camera on NASA's Curiosity Mars rover took the image after the rover brushed dust off the gray area, roughly 2 inches by 3 inches.

The Making of Mount Sharp

Layers of intrigue: See how a Martian mountain inside of a crater came to be.