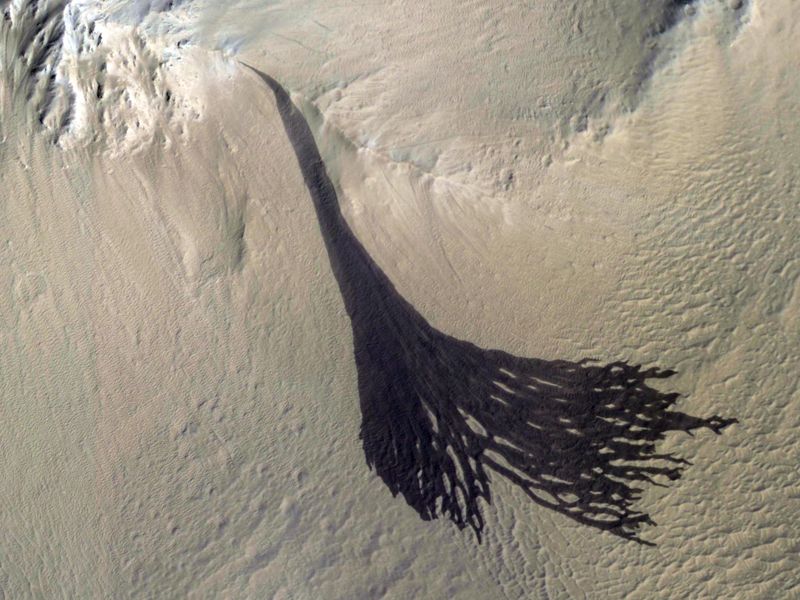 This image from NASA's Mars Reconnaissance Orbiter (MRO) shows streaks forming on slopes when dust cascades downhill. The dark streak is an area of less dust compared to the brighter and reddish surroundings. What triggers these avalanches is not known, but might be related to sudden warming of the surface.

These streaks are often diverted by the terrain they flow down. This one has split into many smaller streaks where it encountered minor obstacles.

Scientists think they can now tie dark streaks seen on the surface of Mars to periodic flows of liquid water.

Data from a Nasa satellite shows the features, which appear on slopes, to be associated with salt deposits.

Crucially, such salts could alter the freezing and vaporisation points of water in Mars's sparse air, keeping it in a fluid state long enough to move.

Lujendra Ojha and colleagues report the findings in the journal Nature Geoscience.

There are implications for the existence of life on the planet today, because any liquid water raises the possibility that microbes could also be present. And for future astronauts on Mars, the identification of water supplies near the surface would make it easier for them to "live off the land".