Astronomers at the National Astronomical Observatory of Japan (NAOJ) using the HINODE spacecraft observed the strongest magnetic field ever directly measured on the surface of the Sun. Analyzing data for 5 days around the appearance of this record breaking magnetic field, the astronomers determined that it was generated as a result of gas outflow from one sunspot pushing against another sunspot.

Magnetism plays a critical role in various solar phenomena such as flares, mass ejections, flux ropes, and coronal heating. Sunspots are areas of concentrated magnetic fields. A sunspot usually consists of a circular dark core (the umbra) with a vertical magnetic field and radially-elongated fine threads (the penumbra) with a horizontal field. The penumbra harbors an outward flow of gas along the horizontal threads. The darkness of the umbrae is generally correlated with the magnetic field strength. Hence, the strongest magnetic field in each sunspot is located in the umbra in most cases. 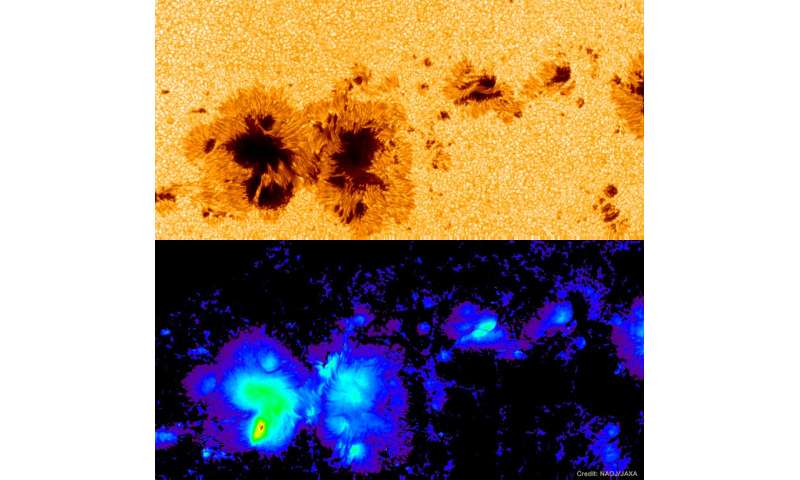 The Japanese Spacecraft HINODE measured the strongest magnetic field ever recorded on the surface of the Sun. This magnetic field was the result of a gas outflow from the interaction between two sunspots.