The Full Moon in January 2019 falls on January 20–21. Traditionally, this month’s Moon is called the “Wolf Moon.”

This year brings a total lunar eclipse on Sunday evening.

Just a few hours before the peak of the full Moon, a total lunar eclipse will be visible from all of North, Central, and South America.

What is a Blood Moon?
A lunar eclipse occurs when the Moon passes into the shadow of the Earth, which causes the usually bright full Moon to turn a dark, coppery-red. Hence, this eclipsed Moon is being nicknamed the ”Blood Moon” in the media. “‘Blood Moon’ is not a term used in astronomy. It’s more of a popular phrase, perhaps because it sounds so dramatic. It simply refers to a ‘total lunar eclipse.”

What is a Supermoon?
A Supermoon occurs when the Moon is both full AND reaches the point in its orbit where it’s closest to Earth (at “perigee”). A Supermoon appears ever-so-slightly larger and brighter than a typical full Moon, though the difference is negligible when viewed with the naked eye.

This means that the full Moon can be viewed best on the night of January 20. 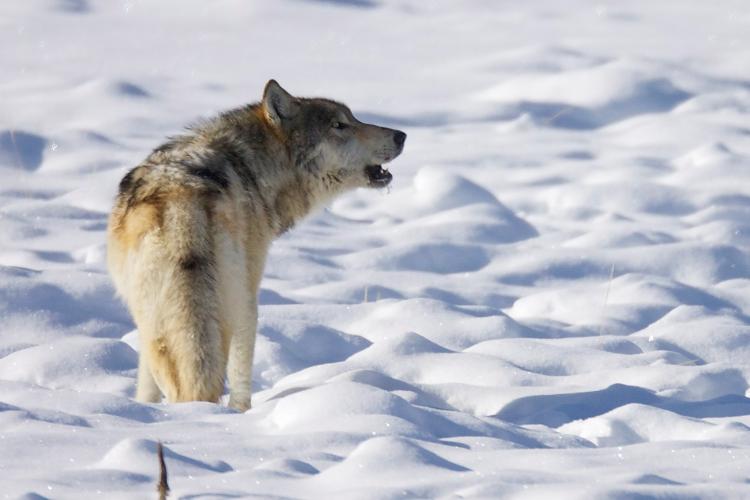 In Native American and early Colonial times, the Full Moon for January was called the Full Wolf Moon. It appeared when wolves howled in hunger outside the villages.

Traditionally, the January Moon is also known as the Old Moon. To some Native American tribes, this was the Snow Moon, but most applied that name to the next Full Moon, in February.

Very interesting that it was a snow moon in Native American ideology. Thanks for posting!
Cloud

Did anybody see the moon last night?

I fell asleep early and forgot to put my stones out .Nevermind as you say Dragon, they'll still charge up

Full Moons are good for new beginnings, anything you wish to see increasing in your life, you should focus on now, keeping positive intent

Full moons bring abundance and increase, so keep your thoughts as positive as you can and welcome in more of what is needed, healing, love, finances, friendships etc

It's was amazingly beautiful ...reminded me of my childhood days when we used to play in moonlit nights when there was a power cut and the moon Shone above us living up the entire place .

I used to write poems on that silver glaze