Massive stars – several times larger than our sun – lead turbulent lives, burning their nuclear fuel rapidly and pouring large amounts of material into their surroundings throughout their short but sparkling lives.

These fierce stellar winds can carry the equivalent of Earth's mass in a month and travel at millions of kilometres per hour, so when two such winds collide they unleash enormous amounts of energy.

The cosmic clash heats the gas to millions of degrees, making it shine brightly in X-rays.

Normally, colliding winds change little because neither do the stars nor their orbits. However, some massive stars behave dramatically.

This is the case with HD 5980, a pairing of two huge stars each 60 times the mass of our sun and only about 100 million kilometres apart – closer than we are to our star. 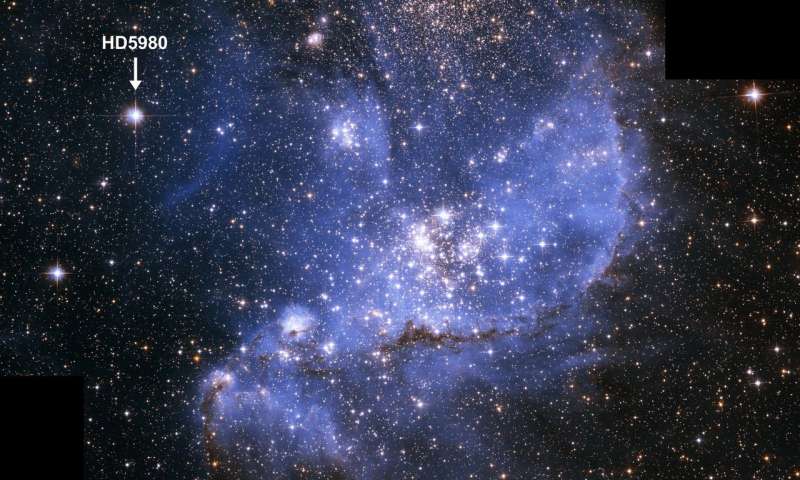 ESA's XMM-Newton has spotted surprising changes in the powerful streams of gas from two massive stars in the binary star system HD 5980. One of the two stars had a major outburst reminiscent of the 19th-century eruption of Eta Carinae, and astronomers expected that its X-ray emission would fade gently over the years.

Instead, they found the pair was two and a half times brighter than a decade earlier, and its X-ray emission was even more energetic, suggesting that colliding stellar winds don’t behave as expected.