Astronomers have detected "hot Jupiter" exoplanets transiting two distant stars. The newly found alien worlds, designated EPIC 229426032 b and EPIC 246067459 b, appear to be larger than it should be according to theoretical models. The finding is reported January 24 in a paper published on arXiv.org.

The so-called inflated planets are those that expand in size when their parent stars are at the end of their lives. They have been known to astronomers for almost two decades, but it is still unclear what causes the inflation processes. In general, the possible explanations could be assigned to two theories—scientists believe that the inflation is caused by deposition of energy from the host star, or due to inhibited cooling of the planet. 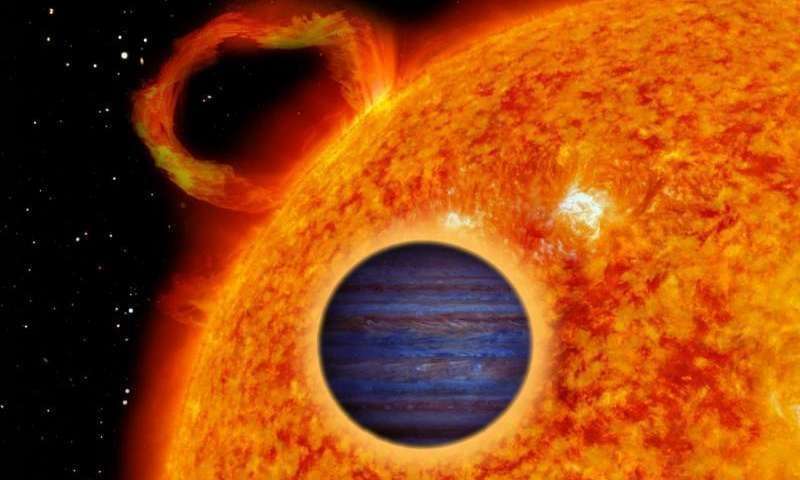 Artist’s impression of a "hot Jupiter".

Hot Jupiters are the easiest extrasolar planets to detect via the radial-velocity method, because the oscillations they induce in their parent stars' motion are relatively large and rapid compared to those of other known types of planets. One of the best-known hot Jupiters is 51 Pegasi b. Discovered in 1995, it was the first extrasolar planet found orbiting a Sun-like star. 51 Pegasi b has an orbital period of about 4 days.