The Voyageurs Wolf Project, a collaboration between the University of Minnesota and Voyageurs National Park, has followed GPS-collared wolves from over seven different packs since 2015, but the "Bowman Bay" pack was recently caught displaying a unique behavior: hunting freshwater fish.

Most people think of wolves as predators that only kill large mammals like moose and deer, but this new UMN research published in Mammalian Biology shows that wolves are highly adaptable predators capable of finding unique food sources. 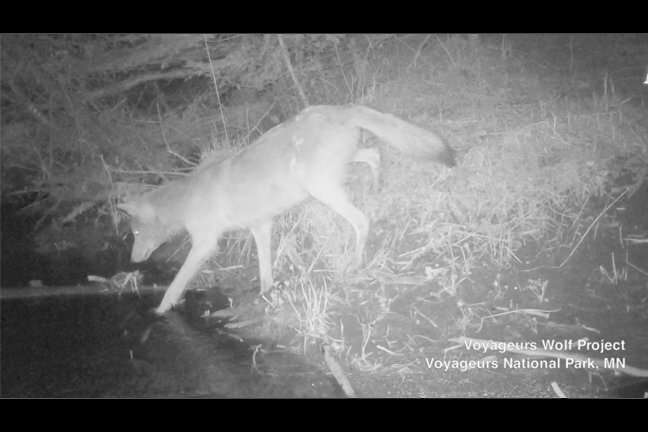