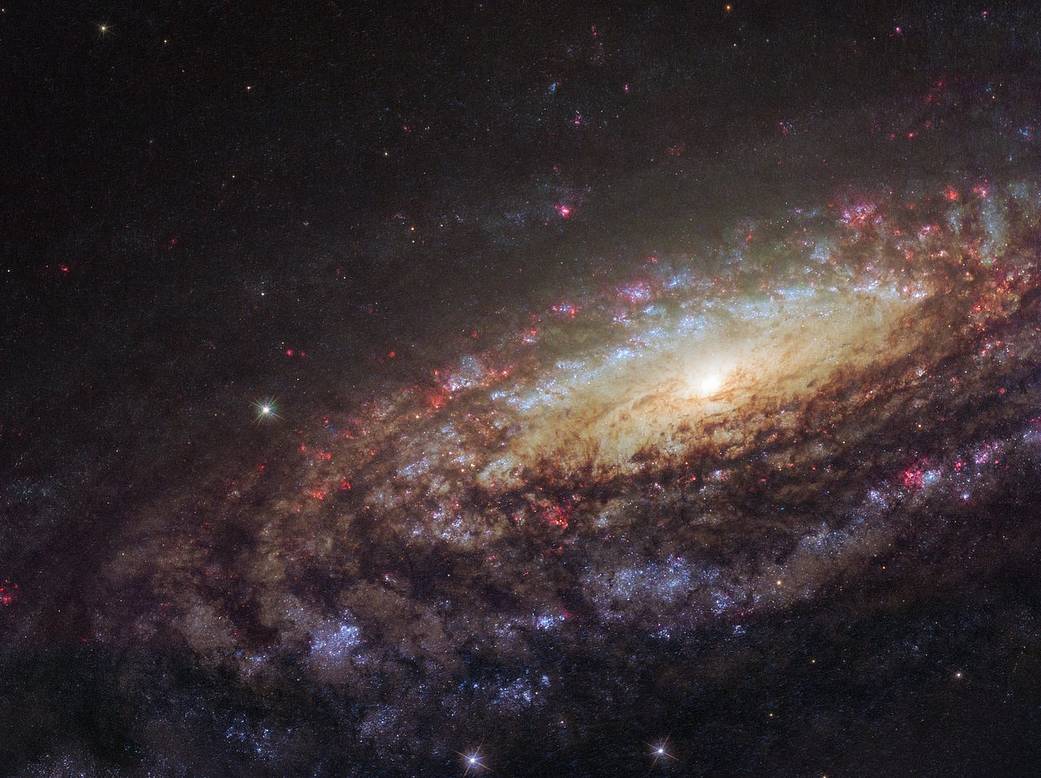 This NASA/ESA Hubble Space Telescope image shows a spiral galaxy known as NGC 7331. First spotted by the prolific galaxy hunter William Herschel in 1784, NGC 7331 is located about 45 million light-years away in the constellation of Pegasus (the Winged Horse). Facing us partially edge-on, the galaxy showcases its beautiful arms, which swirl like a whirlpool around its bright central region.

Astronomers took this image using Hubble’s Wide Field Camera 3 (WFC3), as they were observing an extraordinary exploding star — a supernova — near the galaxy’s central yellow core. Named SN 2014C, it rapidly evolved from a supernova containing very little hydrogen to one that is hydrogen-rich — in just one year. This rarely observed metamorphosis was luminous at high energies and provides unique insight into the poorly understood final phases of massive stars.

Re: Hubble’s Majestic Spiral in Pegasus

Most spiral galaxies in the Universe have a bar structure in their centre, and Hubble's image of NGC 1073 offers a particularly clear view of one of these. Galaxies' star-filled bars are thought to emerge as gravitational density waves funnel gas toward the galactic centre, supplying the material to create new stars. The transport of gas can also feed the supermassive black holes that lurk in the centres of almost every galaxy.

Some astronomers have suggested that the formation of a central bar-like structure might signal a spiral galaxy's passage from intense star-formation into adulthood, as the bars turn up more often in galaxies full of older, red stars than younger, blue stars. This storyline would also account for the observation that in the early Universe, only around a fifth of spiral galaxies contained bars, while more than two thirds do in the more modern cosmos.