Chinese astronomers report new findings regarding the central region of a nearby galaxy known as NGC 3319. The researchers found an active intermediate-mass black hole candidate residing in the center of this galaxy. The discovery is detailed in a paper published October 24 on the arXiv pre-print server. 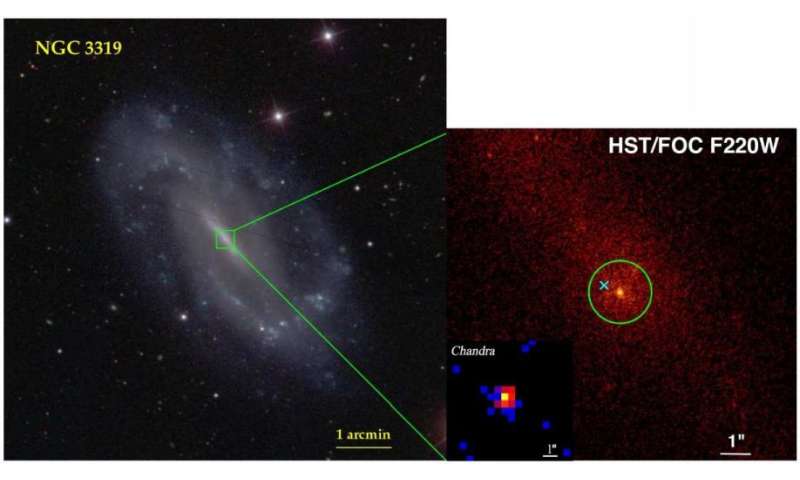 Left: SDSS gri composited image of NGC 3319; right: HST/FOC UV (F220W) image of the central part, the bright compact center is denoted by a green circle with radius of 1′′; the cyan cross is the point source position detected by Chandra, whose image is shown in the bottom left inset. All images are oriented so that north is up, and east is to the left

A new supercomputer model could help astronomers find spiraling, merging systems of two supermassive black holes. These mergers happen often in the universe, but are hard to see. Watch as the simulation reveals the merger's brighter, more variable X-rays.
_________________