Imagine a single star more luminous than a million suns, erupting every few decades in a massive flare that shines as bright as a supernova. But the blast, as ferocious as it is, does not obliterate the tumultuous star. It remains, its surface roiling with violence as spasms rock its inner layers. Soon enough the star will end its suffering in a final titanic blast, but before it does, it must suffer in this state for thousands of years.

This is a rare luminous blue variable star, and it may hold the keys to understanding the link between the lives of stars and their deaths. 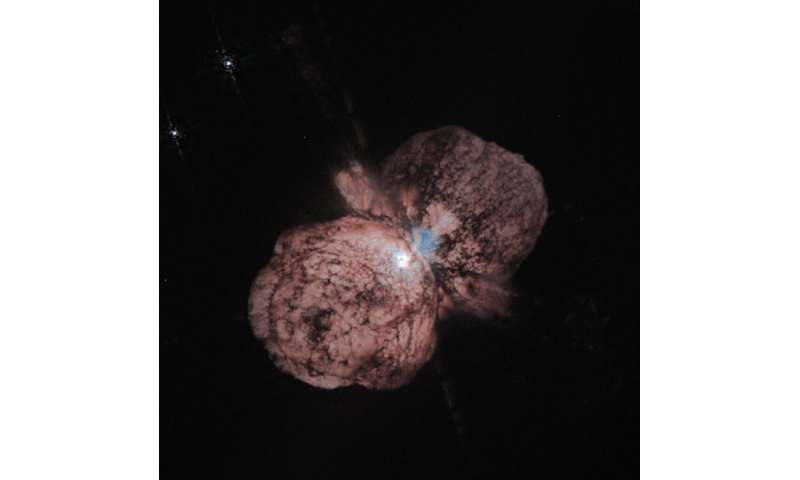 The Homunculus Nebula, created by a massive outburst from the luminous blue variable star Eta Carinae.

Located about 7,500 light-years away in the southern constellation of Carina, Eta Carinae comprises two massive stars whose eccentric orbits bring them unusually close every 5.5 years. Both produce powerful gaseous outflows called stellar winds, which enshroud the stars and stymy efforts to directly measure their properties. Astronomers have established that the brighter, cooler primary star has about 90 times the mass of the sun and outshines it by 5 million times.

While the properties of its smaller, hotter companion are more contested, Goddard's Ted Gull and his colleagues think the star has about 30 solar masses and emits a million times the sun's light.
_________________