An international team of astronomers have discovered two stars in a binary pair that complete an orbit around each other in a little over three hours, residing in the planetary nebula M3-1. Remarkably, the stars could drive a nova explosion, an entirely unexpected event based on our current understanding of binary star evolution. The team, led by David Jones of the Instituto Astrofisica de Canarias and the Universidad de La Laguna, report their findings in Monthly Notices of the Royal Astronomical Society: Letters.

Planetary nebulae are the glowing shells of gas and dust formed from the outer layers of stars like our own Sun, which they throw off during the final stages of their evolution. In many cases, interaction with a nearby companion star plays an important role in the ejection of this material and the formation of the elaborate structures seen in the resulting planetary nebulae.

The planetary nebula M3-1 is located in the constellation of Canis Major, at a distance of roughly 14,000 light years. M3-1 was a firm candidate to host a binary central star, as its structure with prominent jets and filaments is typical of these binary star interactions. 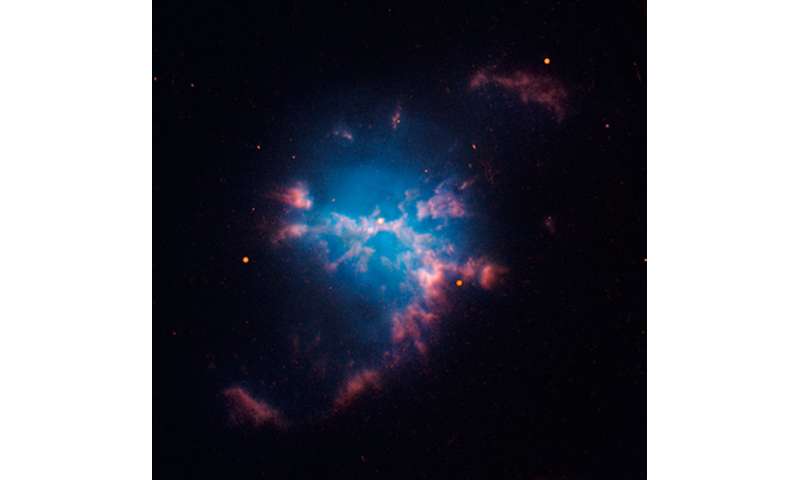 An image obtained with the Hubble Space Telescope of the planetary nebula M3-1, the central star of which is actually a binary system with one of the shortest orbital periods known.

This zoom dives deep into the nucleus of the neighboring spiral galaxy M31, also known as the Andromeda galaxy.

The sequence begins with a backyard constellation view and ends with the new Hubble Space Telescope image that centers on the 100-million-solar-mass black hole at the core of the galaxy and the young blue stars surrounding the black hole.

This is the sharpest visible-light image ever made of the nucleus of an external galaxy. Astronomers are trying to understand how apparently young stars were formed so deep inside the black hole's gravitational grip and how they survive in an extreme environment.
_________________