Two outback radio telescopes synchronised to observe the same point of sky have discovered more about one of the universe 's most mysterious events in new research published today.

These extreme events last for only a millisecond but are so bright that many astronomers initially dismissed the first recorded fast radio burst as an observational error.

In research published in the Astrophysical Journal Letters, astronomers describe how ASKAP detected several extremely bright fast radio bursts, but the MWA—which scans the sky at lower frequencies—did not see anything, even though it was pointed at the same area of sky at the same time. 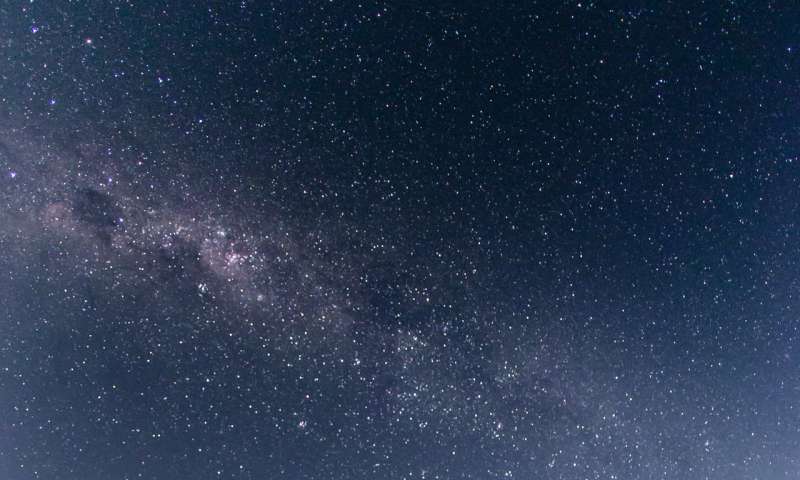 This is an outlying tile of the MWA telescope, located about 1.5km from the core. The Moon lights the tile and the ancient landscape.

Astronomers have detected the strongest-ever fast radio burst (FRB) signals with the highest signal-to-noise ratio ever recorded. The FRB signals were detected by the Parkes Observatory radio telescope in remote Australia on March 1, 9 and 11.

The FRB received on March 9, FRB 180309, has been termed as four times stronger signal compared to normal FRBs detected by astronomers. FRB source still remains a mystery for astronomers. The signals last for few milliseconds and arrive without any warning.
_________________

Each antenna points in a slightly different direction, giving maximum sky coverage Fast radio bursts are elusive signals that last just a few milliseconds, and are thought to originate billions of light-years away – but, scientists don’t yet know what causes them
_________________

» Virtual Telescope Project captures a view of the James Webb Space Telescope
» any limits?
» The Mysterious Dropa Stones
» Milky Way’s ‘Most Mysterious Star’ Has a Companion
» A massive telescope for seeing the invisible
Current date/time is Tue Jun 28, 2022 4:58 pm