Massive structures of moving air that appear like waves in Jupiter's atmosphere were first detected by NASA's Voyager missions during their flybys of the gas-giant world in 1979. The JunoCam camera aboard NASA's Juno mission to Jupiter has also imaged the atmosphere. JunoCam data has detected atmospheric wave trains, towering atmospheric structures that trail one after the other as they roam the planet, with most concentrated near Jupiter's equator.

The JunoCam imager has resolved smaller distances between individual wave crests in these trains than ever seen before. This research provides valuable information on both the dynamics of Jupiter’s atmosphere and its structure in the regions underneath the waves. 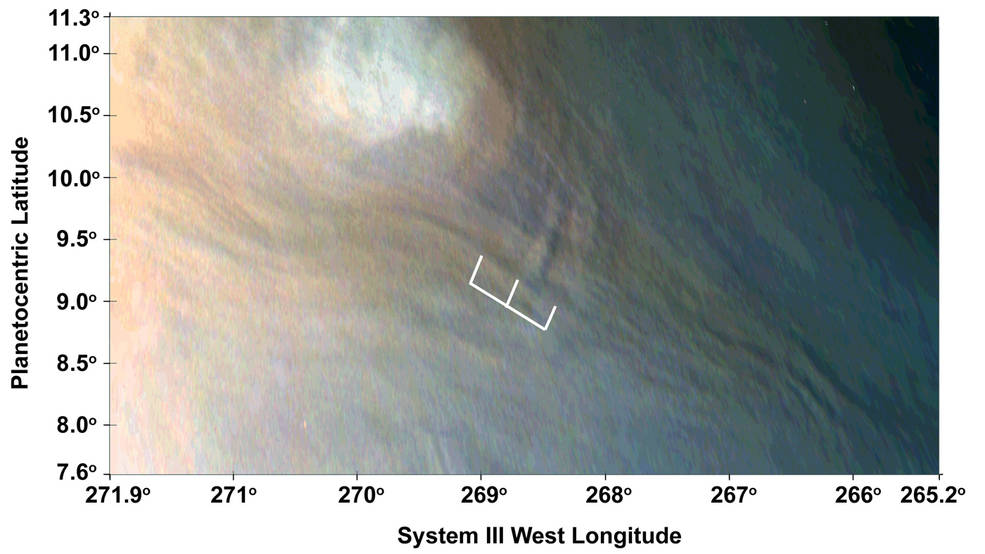 Three waves can be seen in this excerpt of a JunoCam image taken on Feb. 2, 2017, during Juno's fourth flyby of Jupiter. The region imaged in this picture is part of the visibly dark band just north of Jupiter's equator known as the North Equatorial Belt.

During its slow fly-by of Jupiter, NASA's Cassini spacecraft captured imagery of wave motion in the fast-moving jet streams that are a signature of the gas giant.
_________________

New climate models have been created to explain the shift in the jet stream that occurs at the gas giants equator about every 4 years.
_________________