On October 16, 2017, an international group of astronomers and physicists excitedly reported the first simultaneous detection of light and gravitational waves from the same source—a merger of two neutron stars. Now, a team that includes several University of Maryland astronomers has identified a direct relative of that historic event. 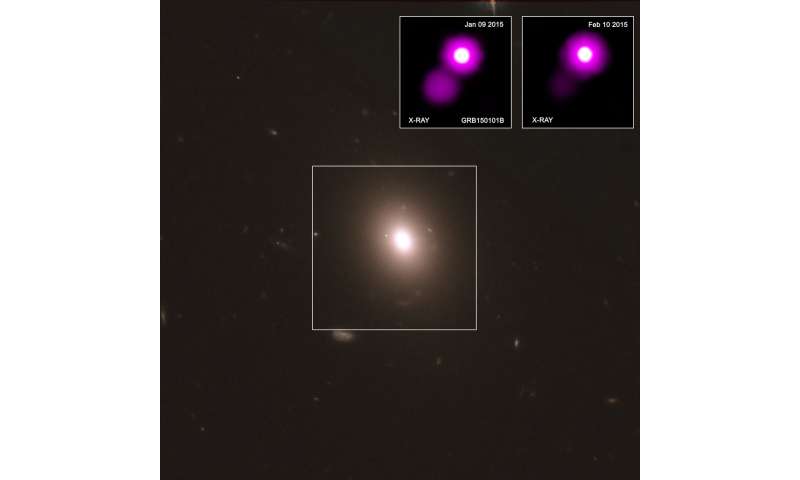 This image provides three different perspectives on GRB150101B, the first known cosmic analogue of GW170817, the gravitational wave event discovered in 2017. At center, an image from the Hubble Space Telescope shows the galaxy where GRB150101B took place. At top right, two X-ray images from NASA's Chandra X-ray observatory show the event as it appeared on January 9, 2015 (left), with a jet visible below and to the left; and a month later, on February 10, 2015 (right), as the jet faded away. The bright X-ray spot is the galaxy's nucleus.

Fermi's GBM saw a fading X-ray source at nearly the same moment LIGO detected gravitational waves from a black hole merger in 2015. This movie shows how scientists can narrow down the location of the LIGO source on the assumption that the burst is connected to it. In this case, the LIGO search area is reduced by two-thirds.
_________________